Manuel Ocampo (b. 1965 Philippines) currently lives and works in Manila, Philippines and in Luxembourg. Ocampo has been a vital presence on the international art scene for over twenty years and is now the most internationally active contemporary artist from the Philippines.

Ocampo’s first solo show, which took place in Los Angeles in 1988, set the stage for a rapid rise to international prominence.
By the early 1990s, his reputation was firmly established, with inclusion in two of the most important European art events, Documenta IX (1992) and the Venice Biennale (1993).  Also in the early 1990s, he participated in the legendary exhibition Helter Skelter: L.A. Art in the 1990s at The Museum of Contemporary Art, Los Angeles (1992).

Of late, his works have featured more mysterious yet emotionally charged motifs that evoke an inner world of haunting visions and nightmares. Ocampo’s earlier fascination with religious symbols, now reappear alongside some of his more personal, idiosyncratic motifs, such as teeth, bones, and fetuses. The subdued palette of greys, blacks, and whites seen in so many of these works heightens the feeling that we are looking into a nocturnal dream world, one that we can see only obscurely, as if through a veil. It is a world that invites the viewer to enter, but at his own risk, offering no comfort, but perhaps some promise of redemption.

Manuel Ocampo is represented in the following museums and public collections:

For any other inquiries about Manuel Ocampo, please contact the gallery 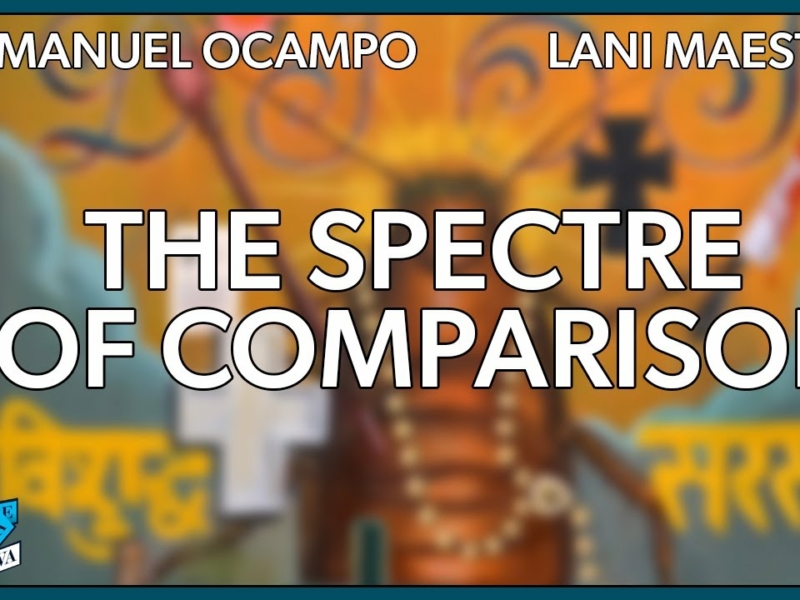 Manuel Ocampo speaks about his work at the Venice Biennale 2017 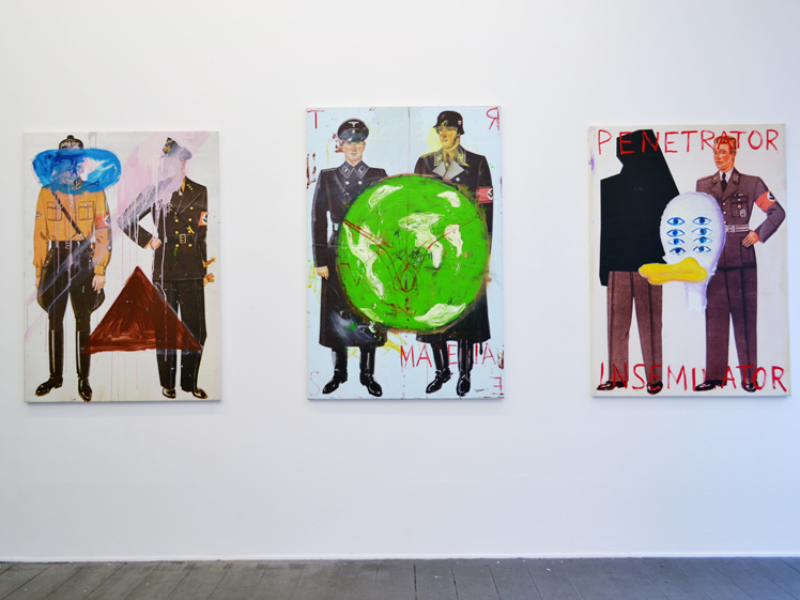 Sweating the Green-Bird Parrot out 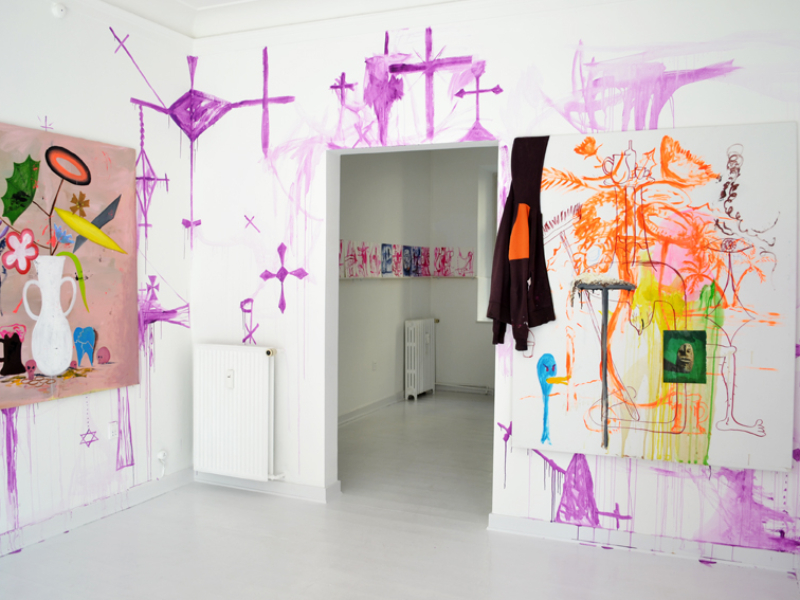 Monument to the Pathetic Sublime 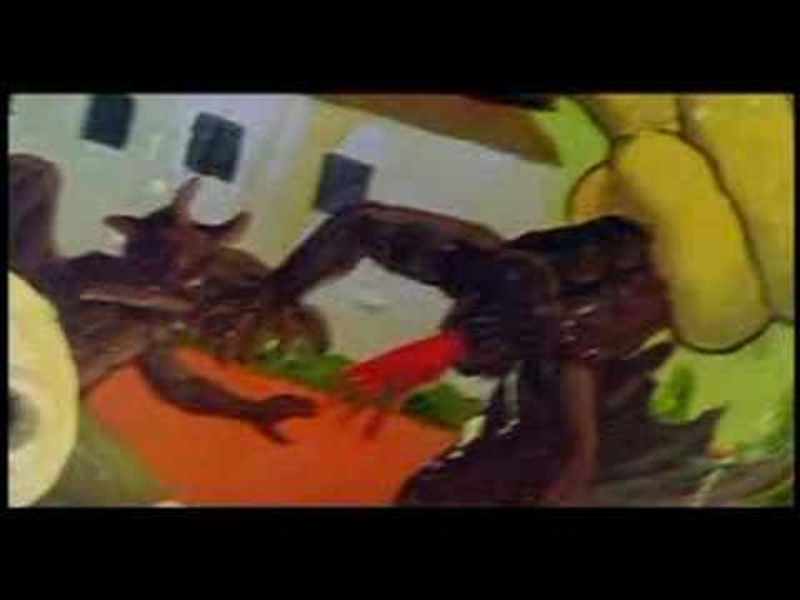 God is my Copilot 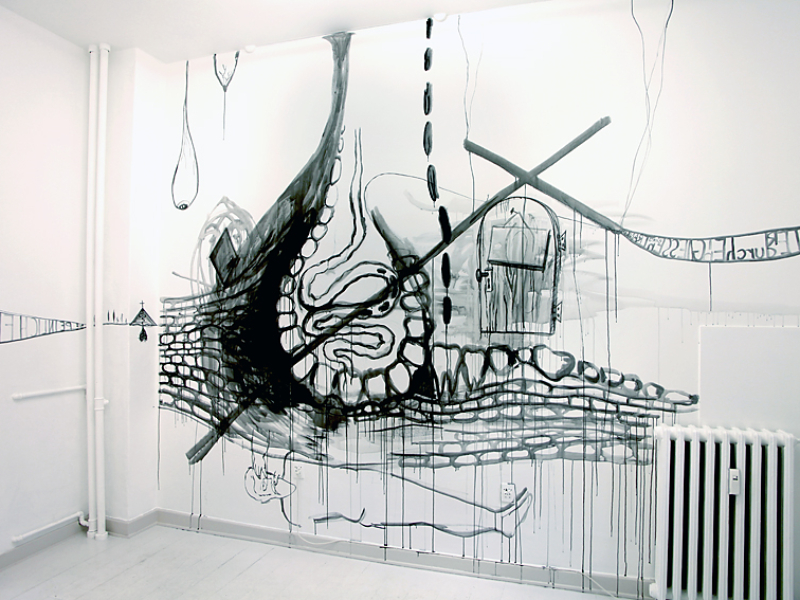