The iconic building at Strandgade 7, situated just at the entrance to Christianshavn, underwent a large-scale transformation between 2019 and 2021. The extensive renovation and remodelling converted the building’s roughly 33,000m2 of former office space into a five-star hotel. Managed by the international hotel chain NH Hotel Group, NH Collection Copenhagen first opened its doors in the autumn of 2021, with nearly 400 rooms as well as conference facilities, restaurants and a bar on offer.

The iconic building was designed by architect Palle Suenson, constructed between 1957 and 1962, and for many years functioned as the central office for the shipyard Burmeister & Wain (B&W). To honour an important chapter in Danish industrial history, it was decided that, as part of the site’s transformation, homage should be paid to the building’s great maritime history. This homage takes the form of a unique and site-specific artwork integrated into the hotel’s entrance.

With Ever Mighty — Forever Transforming, I used the building’s previous function as central office to the shipyard B&W, founded in Christianshavn in 1865 as a starting point for the commission work. Though closed in 1996, the shipyard formed a milestone in Danish industrial history and its past existence can still be traced within several physical landmarks found within the neighbourhoods of Christianshavn and Refshaleøen.

Ever Mighty was the name of the last ship built by the shipyard on Refshaleøen. When the ship was decommissioned and broken up in 2016, its basic elements and component parts were scattered and recycled in various parts of the world. The artwork addresses themes such as time, function and transformation and is based on three basic elements from B&W’s ships; the ship’s hull, which carries the load, the giant diesel engine which generates its power, and the ship’s propellers which moves it forward. I have studied the construction and aesthetic expression of each of these elements to develop sculptural abstractions that relate to the building’s architecture and to different parts of the entrance area. 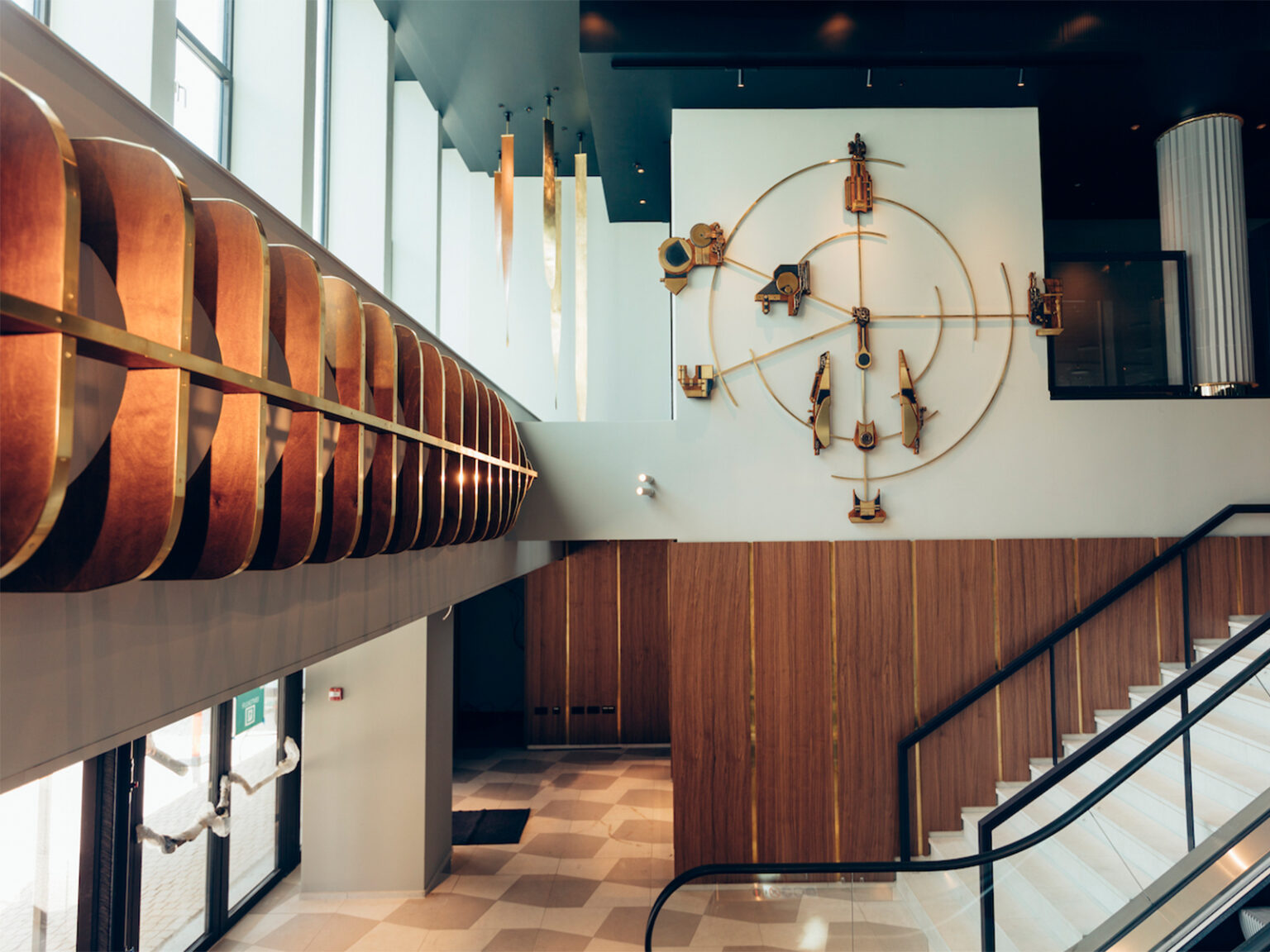 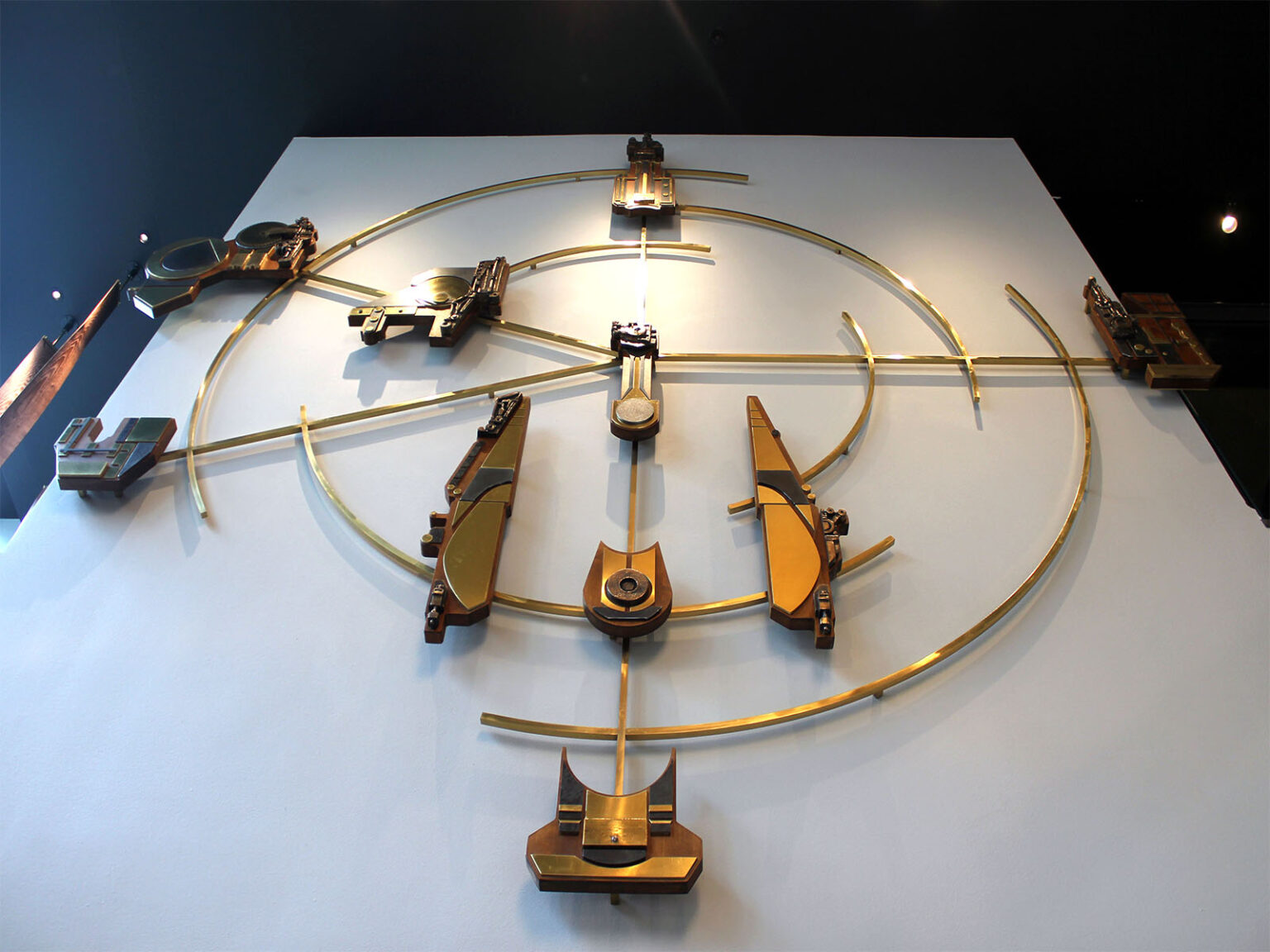 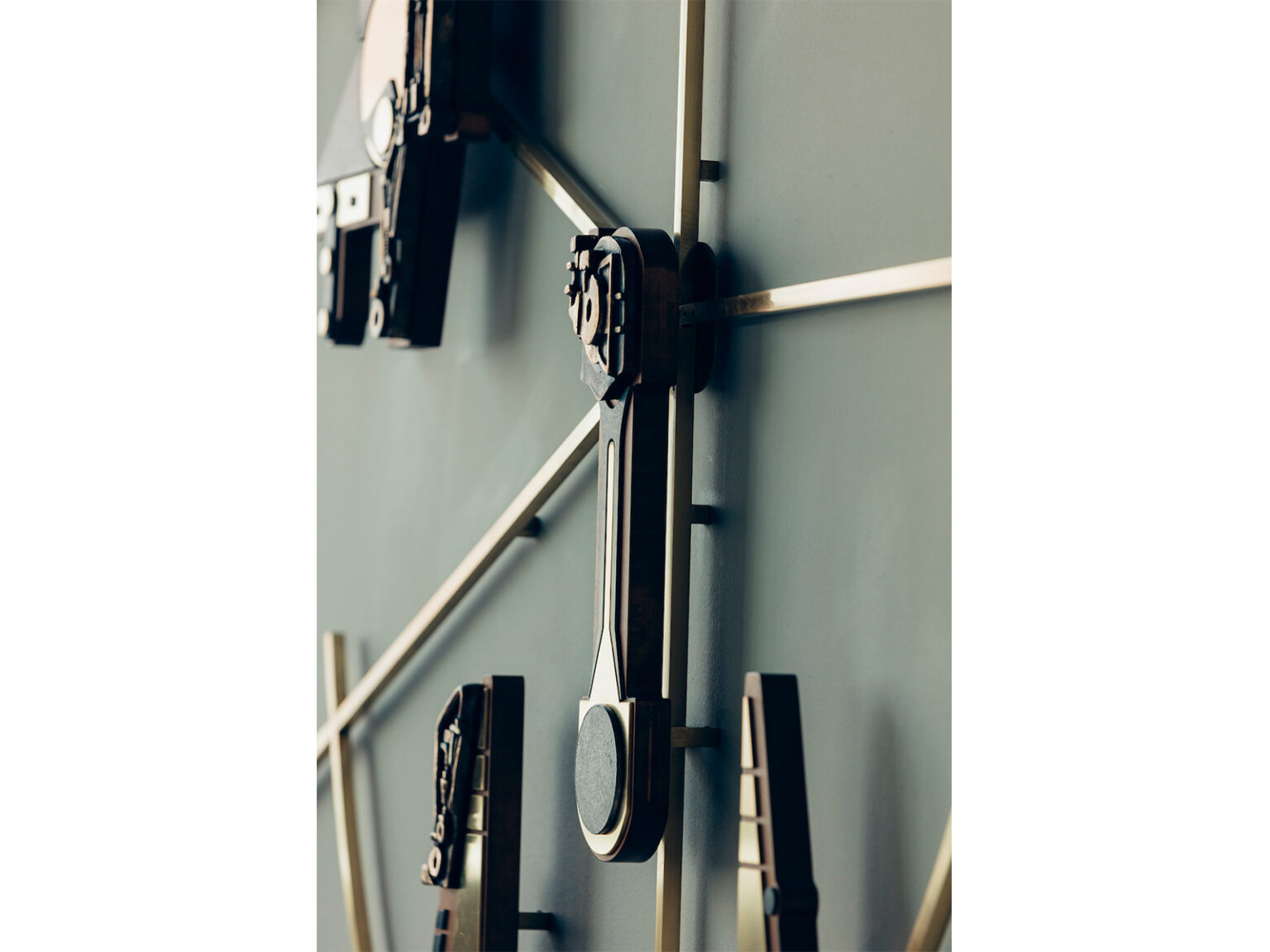 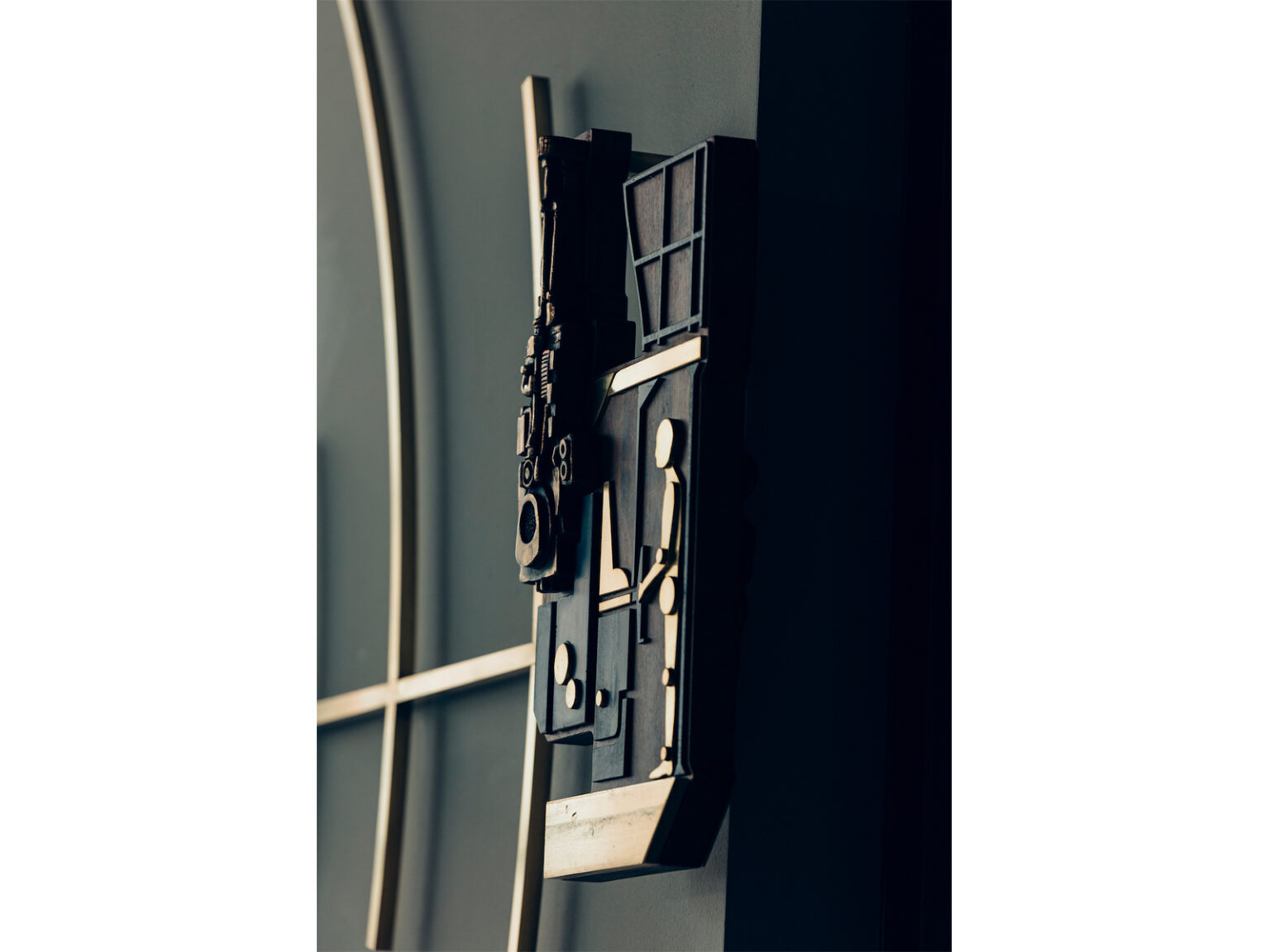 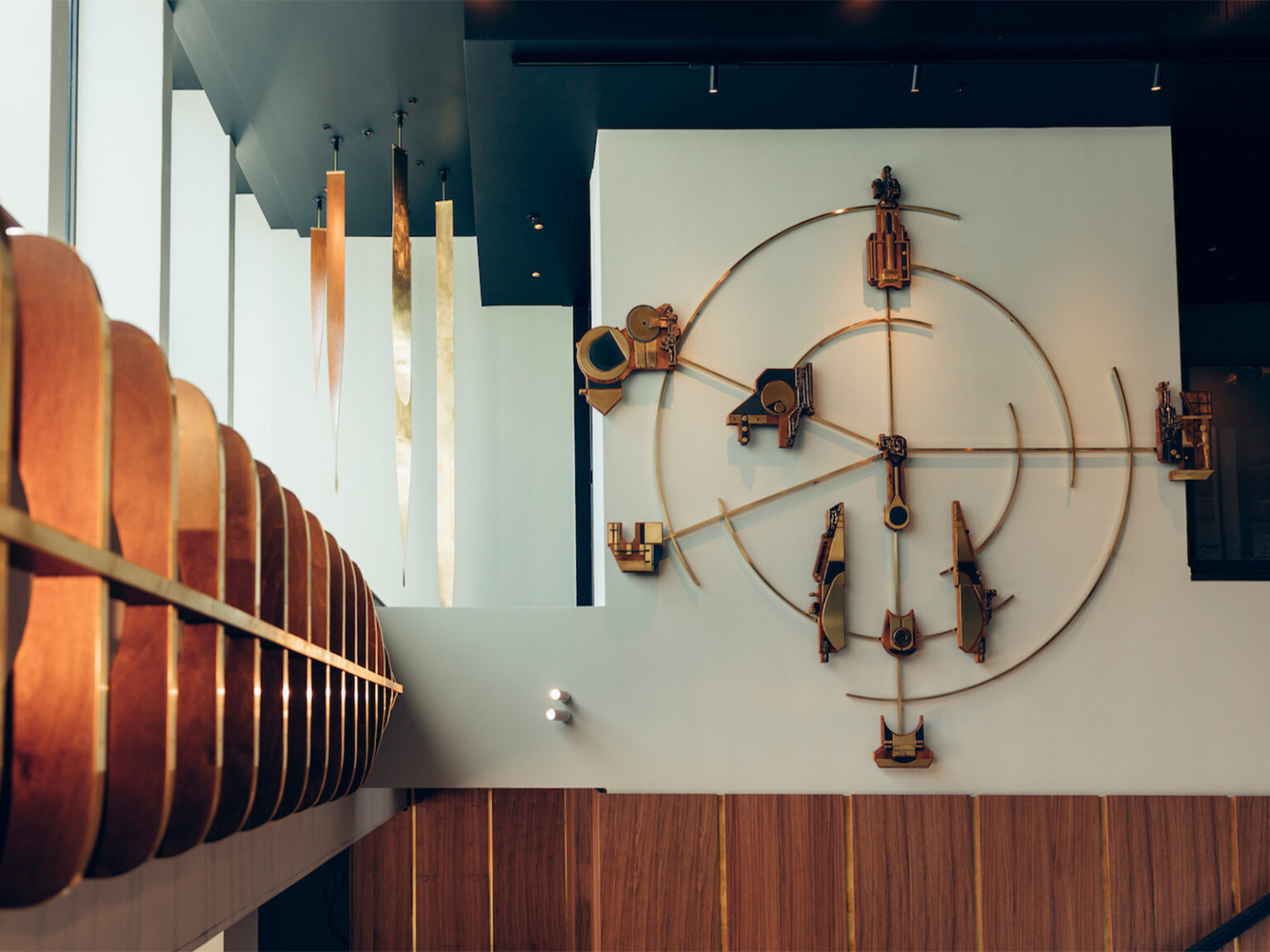 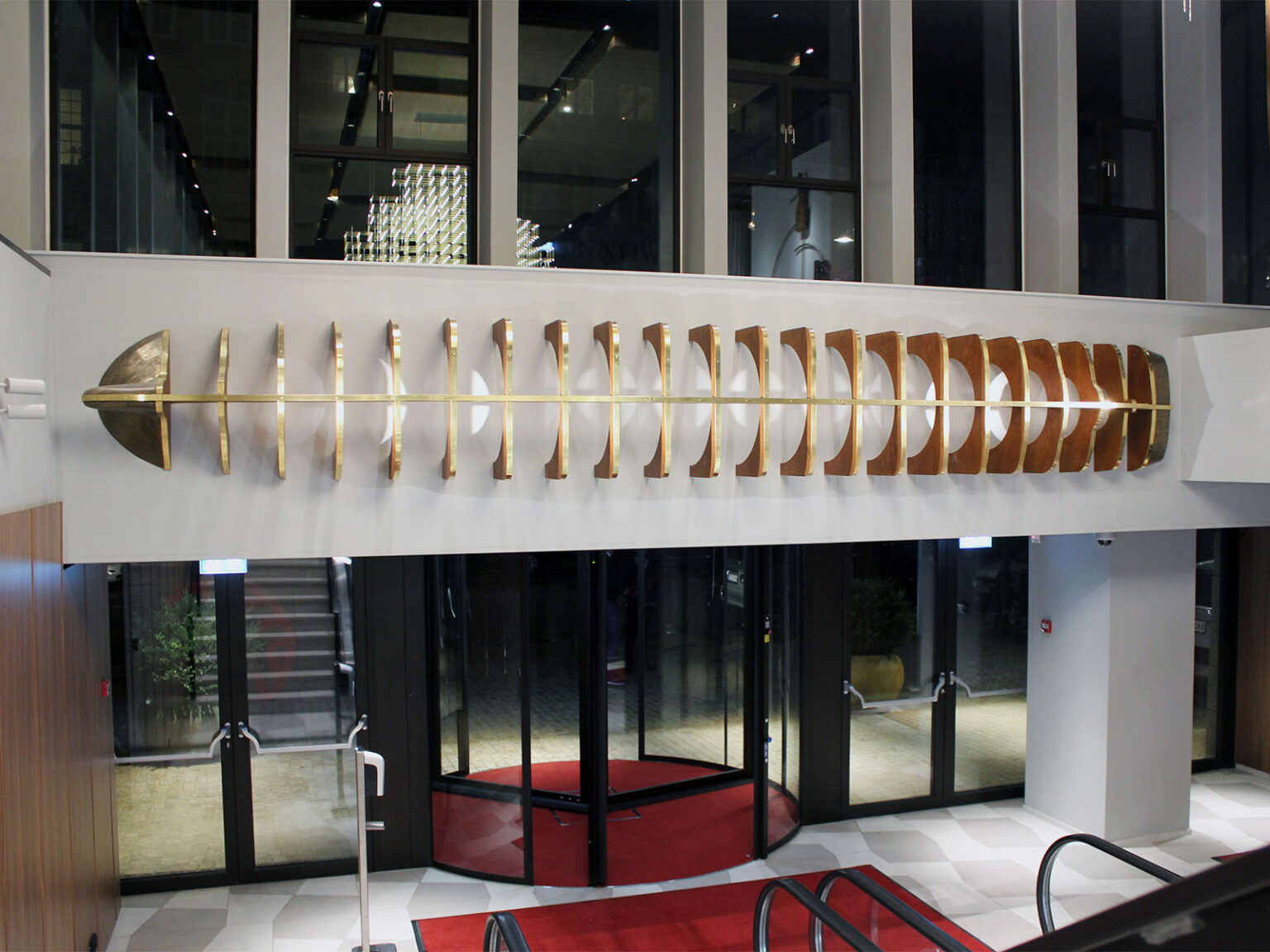 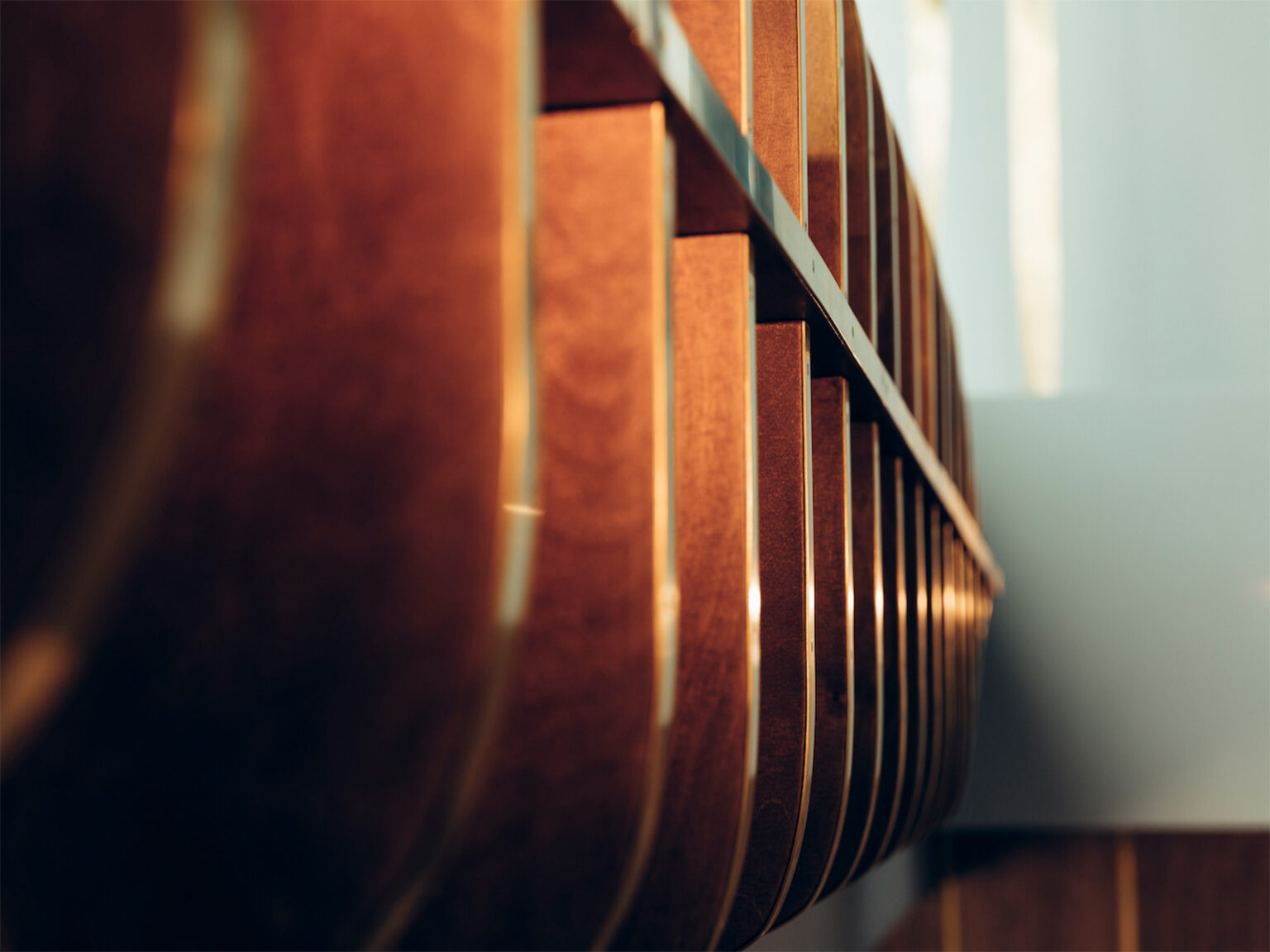 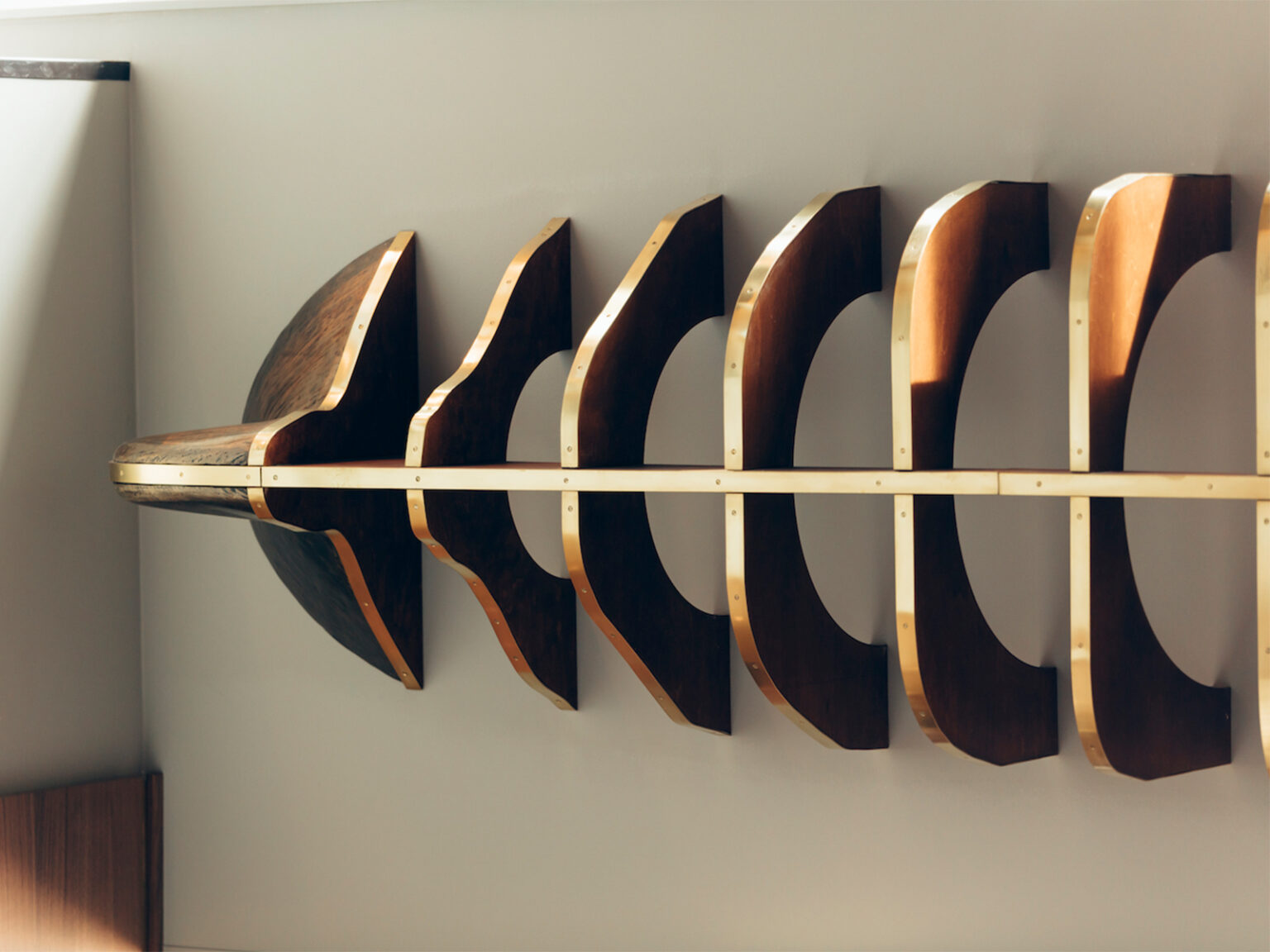 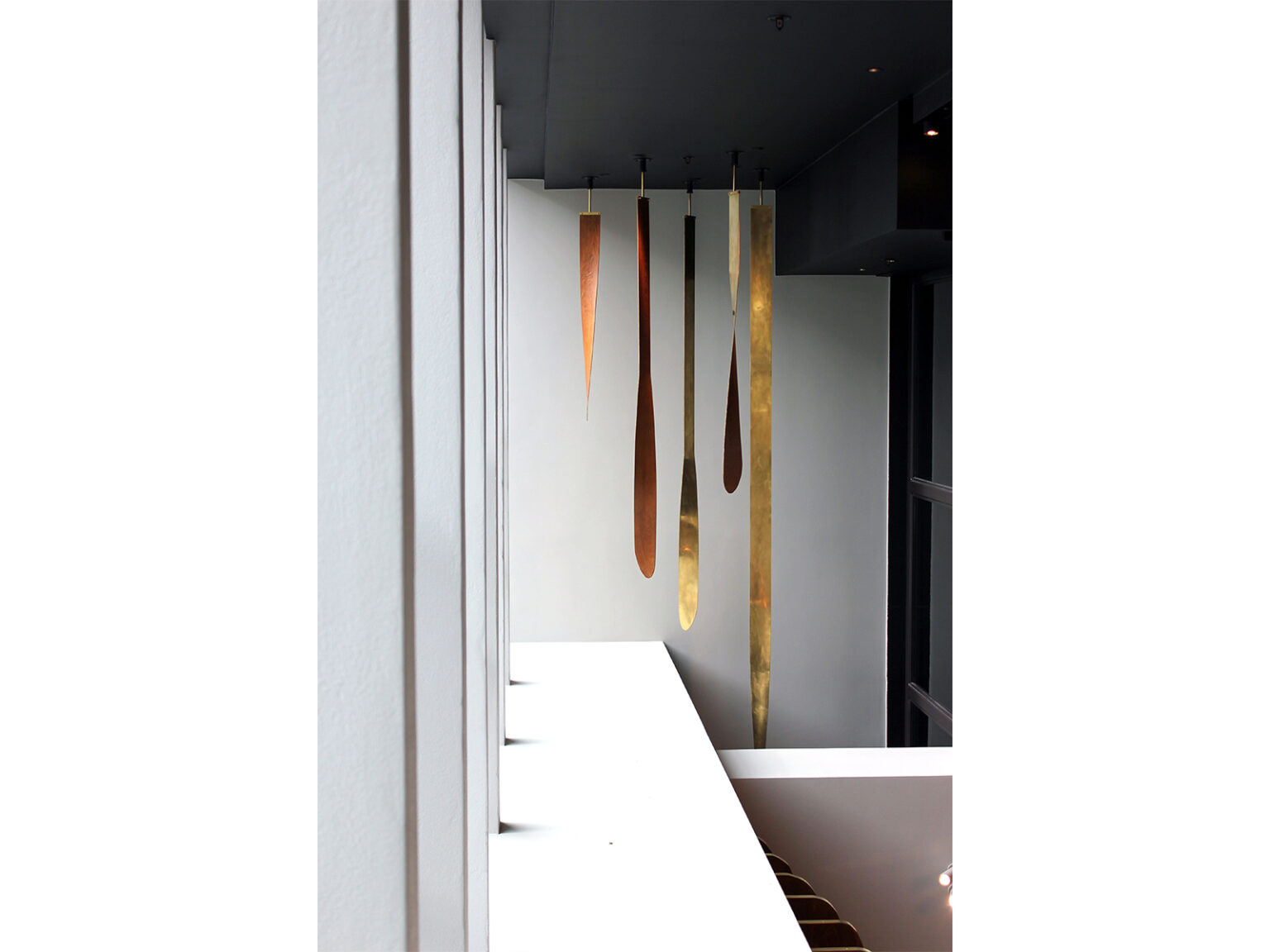