“I pursue no objectives, no system, no tendency; I have no program, no style, no direction. I have no time for specialized concerns, working themes, or variations that lead to mastery. I steer clear of definitions. I don’t know what I want. I am inconsistent, non-committal, passive; I like the indefinite, the boundless; I like continual uncertainty. Other qualities may be conducive to achievement, publicity, success; but they are all outworn- as outworn as ideologies, opinions, concepts, and names for things. Now that there are now priests or philosophers left, artists are the most important people in the world. That is the only thing that interests me.”
(Gerhard Richter, 1966)
“Me, too.”
(Manuel Ocampo, 2016)

Marie Kirkegaard is pleased to invite you to the third solo show by Manuel Ocampo in the gallery. Sweating the Green-Bird Parrot Out…. Is a series of new works made for the exhibition consisting of different scales of oil paintings on canvas. Once again Manuel Ocampo live up to his reputation for fearlessly tackling the taboos and cherished icons of society and of the art world itself. During the 1990s, he was noted for his bold use of a highly charged iconography that combined Catholic imagery with motifs associated with racial and political oppression, creating works that make powerful, often conflicted, statements about the vicissitudes of personal and cultural identities. Thus Ocampo continues today, in a wide use of imagery from a common visual culture, depicting his own take on a Chinese revolutionary poster from the Mao era, the silhouette of Christ, a Japanese Shunga print, political and historical figures, Russian constructivist elements and a careless breach of figures from comics and caricatures.

As the artist explains himself: ”As I keep practicing painting as a conceptualist (Well, let’s pretend that I was once a conceptualist and my paintings are by-products of some conceptualist strategies). I get afflicted with this overpowering vice called creative self-indulgence. I am confronted with this great choice to paint whatever I want. It is so easy to get caught in the process, to pursue the unformed image in my head, or to follow the steps of other great painters. Because it is pleasurable most of the time I lose sight of what makes my work so different from the countless pictures in the world, hence precious time is wasted. I lose sight of the issues or what is ‘critical’ in my personal work. Being ‘critical’ or ‘criticality’ then in a work of art could mean a lot of things, depending on what I like in the work, or whatever my obsession is in making art. I think ‘criticality’ is a filtering device used to illuminate one’s ever so vague intentions”.

Manuel Ocampo (b. 1965, Quezon City, Philippines) has been a vital presence on the international art scene for more than 20 years. His first solo show, which took place in Los Angeles in 1988, set the stage for a rapid rise to international prominence. By the early 1990s, his reputation was firmly established, with inclusion in two of the most important European art events, Documenta IX (1992) and the Venice Biennale (1993).  Also in the early 1990s, he participated in the legendary exhibition Helter Skelter: L.A. Art in the 1990s at MOCA, Los Angeles (1992). Manuel Ocampo is represented in numerous public and private collections, such as MOCA, Los Angeles; Whitney Museum of American Art, New York; MUDAM, Luxembourg, and he is furthermore featured in critical publications on contemporary art, such as Vitamin P: New Perspectives in Painting and Art Now: 137 Artists at the Rise of the New Millennium. Today he is the most internationally active artist from the Philippines exhibiting from Manila to Luxembourg, Berlin to New York and Melbourne to Copenhagen, bringing with him a unique world view that blends history, politics, religion, society, identity, and aesthetics in a personal language that remains critical as it is autonomous. 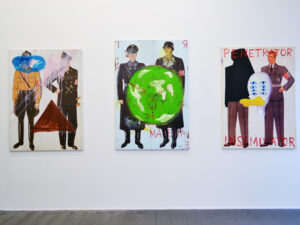 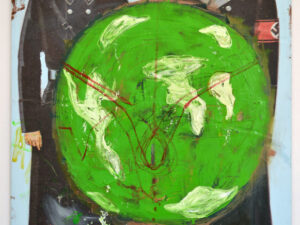 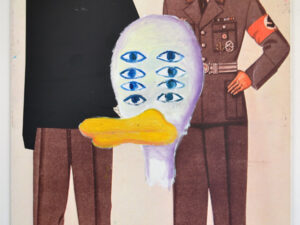 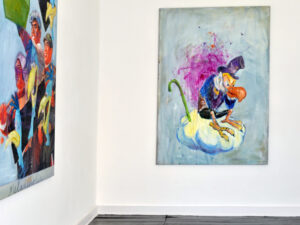 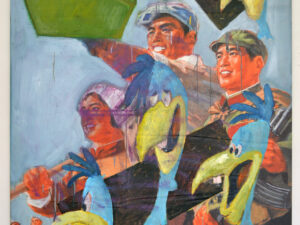 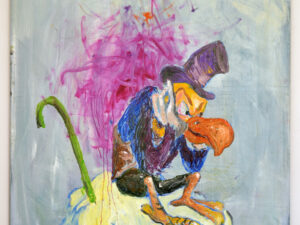 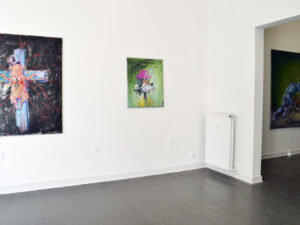 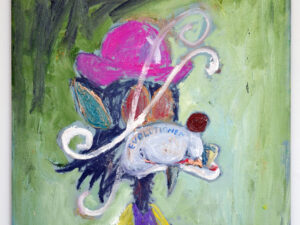 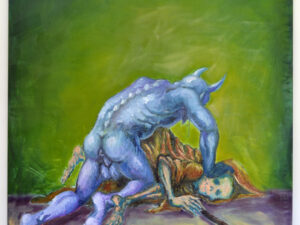 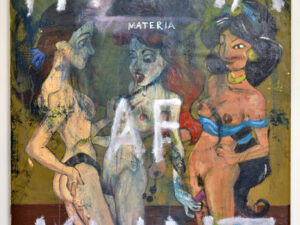