Marie Kirkegaard Gallery is pleased to present The Location of the Nest, by Japanese artist Rieko Hotta. This is Hotta’s first solo presentation at the gallery, and to prepare for her exhibition, Hotta has been staying at a residency at Statens Værksteder for Kunst in Copenhagen for the past two months, working on her new series of works for the exhibition. She will be presenting paintings from the Obelisk Series, a large installation The Location of the Nest as well as new wall objects, Plastic Humanity.

The title The Location of the Nest is inspired by the film, One Flew Over the Cuckoo’s Nest. Her large installation, with the same title, The Location of the Nest, and the small wall objects, Plastic Humanity, are Rieko Hotta’s imagery of her background in Tokyo. Raised in a modern metropolis, Hotta grew up in a family environment surrounded by tools and materials with buzzing motor noises operating 24 hours a day. Thus, we find in Hotta’s installation materials, such as bicycle tubes, wiring cords, metal chains and glass, like in her parent’s house.

In contrast to the spatial objects, Hotta will also show a series of new paintings from her Obelisk Series. These works add another layer to Hotta’s imagery of her parents house. From the spatial works and their imagery of an original chaotic environment, made of damaged or aged scrap materials, Hotta’s paintings are minimalistic, executed with meticulous and precise strokes in the old traditional technique, Tempera. It enables various expressions depending on its use, however, due to the quite delicate nature of the technique, it is not suitable for thick layering, which Hotta finds a challenge in. It is its unique and beautiful tones, that keeps her interest in this technique. With meticulous and precise strokes using a palette knife, Hotta scrapes the structural lines and geometrical patterns in the picture plane, leaving the paintings to a monochrome, silent – almost meditative aesthetics.

Rieko Hotta is born 1977 in Tokyo. Since 2012 she has been living and working in Berlin. In 2001 she graduated from Nihon University College of Art, Department of Fine Arts in Tokyo. She creates paintings, installations and objects in the concept of embodied abstraction with physicality. 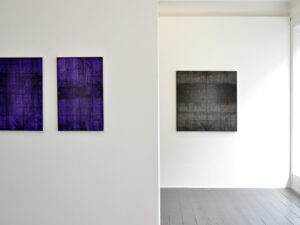 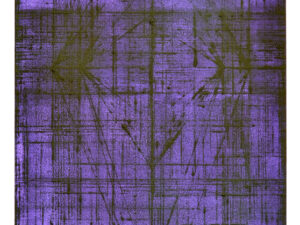 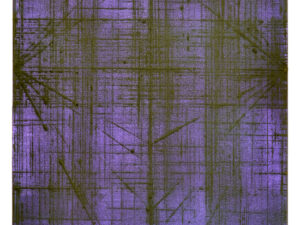 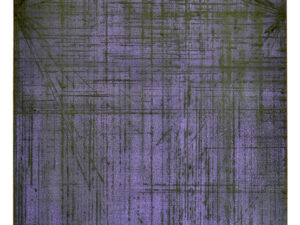 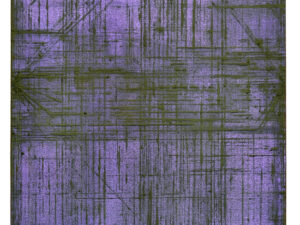 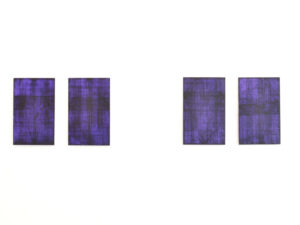 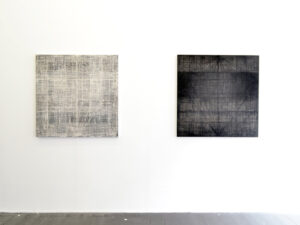 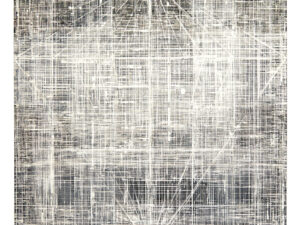 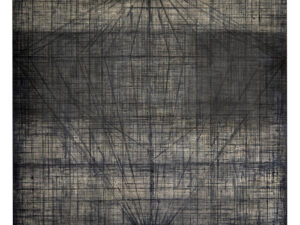 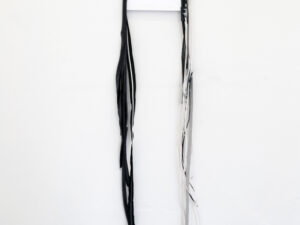 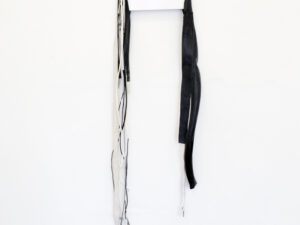 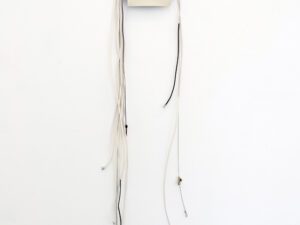 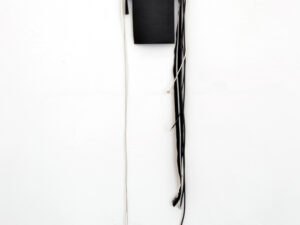 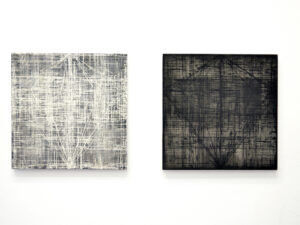 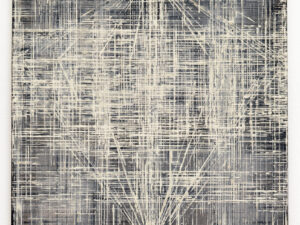 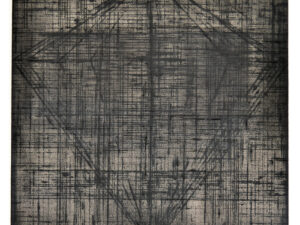