While the ongoing advances in technology is causing ecosystems around the globe to collapse, technology also brings hope of planetary survival – or at least survival of the human species – perhaps on other planets, or as files of human consciousness, uploaded into a digital dimension, which will make us eternally independent of our current, earth-bound bodies. Silas Inoue’s Lucky Capsule evolves around preservation of life in a world that is simultaneously marked by ecological crises and constantly accelerating technologies.

The largest room in the gallery is dedicated to SymbioSoup – Silas Inoue’s ongoing series of combined sculptural and performative works. The title points to the theory of Symbiogenesis, meaning coming into existence by living together, and referring to the crucial role, symbioses have played in early evolution. At the opening reception, Christer Bredgaard from the Copenhagen-based restaurants Il Buco and La Banchina will serve a soup. The guests will be encouraged to donate the remains of their soup bowl to a new sculpture in process. This way, the individual microbes of each guest will collectively form colonies of bacteria, viruses and fungi. Throughout the exhibition period the microbial landscape will be growing in unpredictably shapes and colors, surrounded by wall-mounted works from former, similar events.

SymbioSoup celebrates symbioses and togetherness across organisms. But the series also submits itself to current ecological crisis, such as the sixth mass extinction of species. New research reveals that this continuous extinction process also includes the vital microbes living in our bodies, and that we in the western world have lost 40% of the bacterial diversity, which exists in the human digestive system, compared to indigenous populations living cut off from modern civilization, whose microbiome protects them from lifestyle diseases such as type 2 diabetes, inflammatory bowel disease and food allergy. For that reason, a bacterial bank is being established, where different species of bacteria on the verge of extinction will be preserved for future generations.

While SymbioSoup is inspired by this particular idea of a Noah’s ark for microbes, and by the preservation of the highly developed microbial intelligence of the human body, Lucky Capsule also touch upon preservation of the more vague and controversial consciousness or soul.

When you enter the gallery, you set foot on the territory of three hollow, wooden sculptures. The sculptures look like enlarged amphibians; they lie around on banana leaves, where they appear to have been abandoned by the life that once inhabited them, like some sort of discarded sloughs. To discover their characters, you have to turn towards the clear mineral oil in an acrylic tank near the sculptures. The insides of a computer have sunken into the oil, while its accompanying disassembled flat-panel display reveals the new, animated life of the sculptures. Its possible to imagine how their consciousness have been digitalized and uploaded into a sort of virtual river, where they swim in a row upwards, in an ambivalent state of movement and stillness, euphoria and claustrophobia.

The animation is a mix of hand-drawn sequences and analogue elements. Silas Inoue has panned a microscope over a surface of expanded polystyrene, exposing a lunar landscape-like structure of the material. The drawings are done in the old-fashioned frame-by-frame technique. The work is accompanied by an electronic piece of music, which can be accessed through a QR-code specially designed for the work. The piece is composed by sound- and video artist, Frederikke Krebs Bahn. The sculptures express themselves through its lyrics, written by author Sophia Handler.

“It’s time to lubricate your consciousness, to moisturize your soul. Loosen up and wiggle out, run away from home. Trust us, you can do what we’ve done so many times. Leave your body as the scrap it is, like we’ve left our sloughs behind” 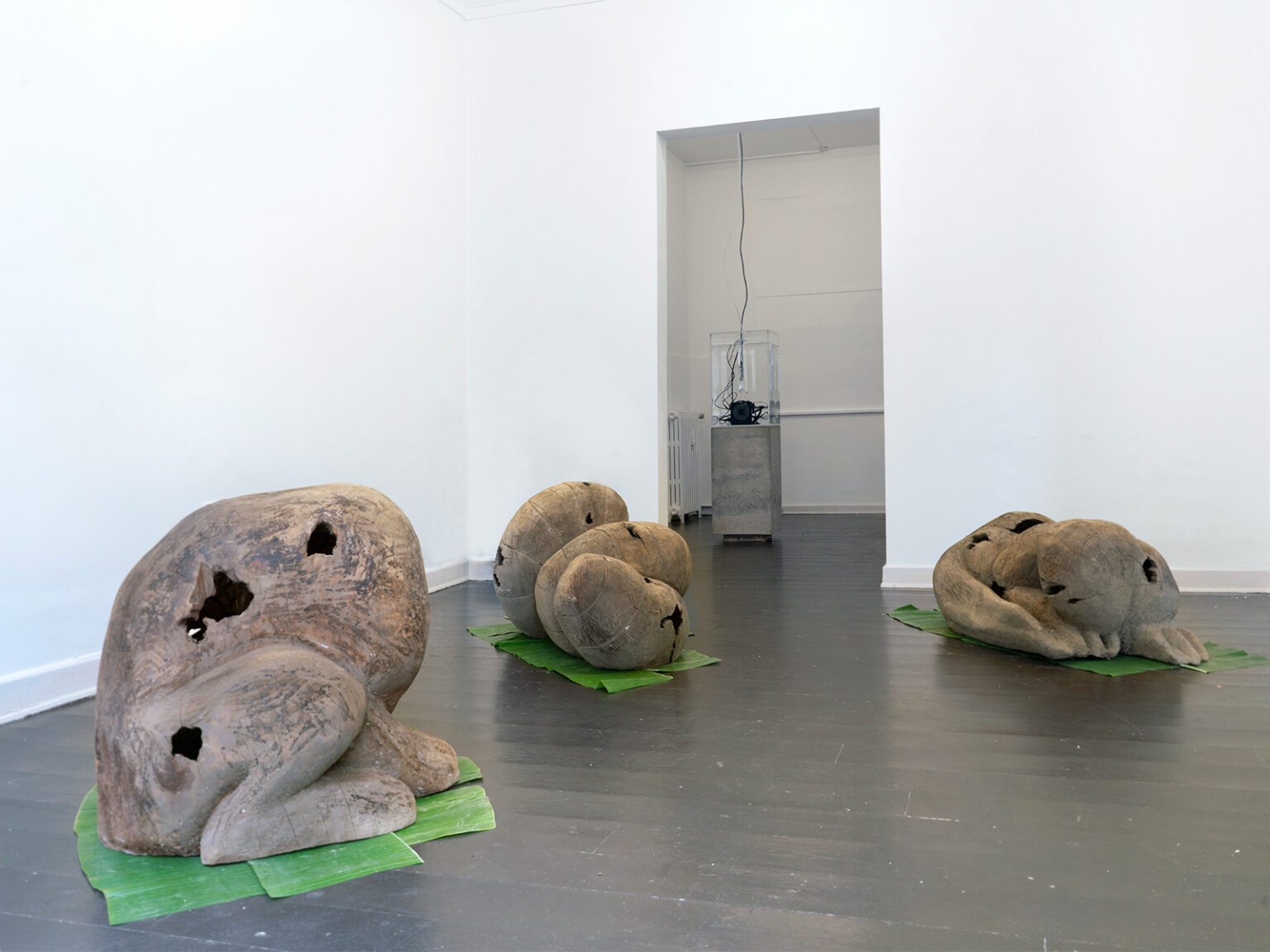 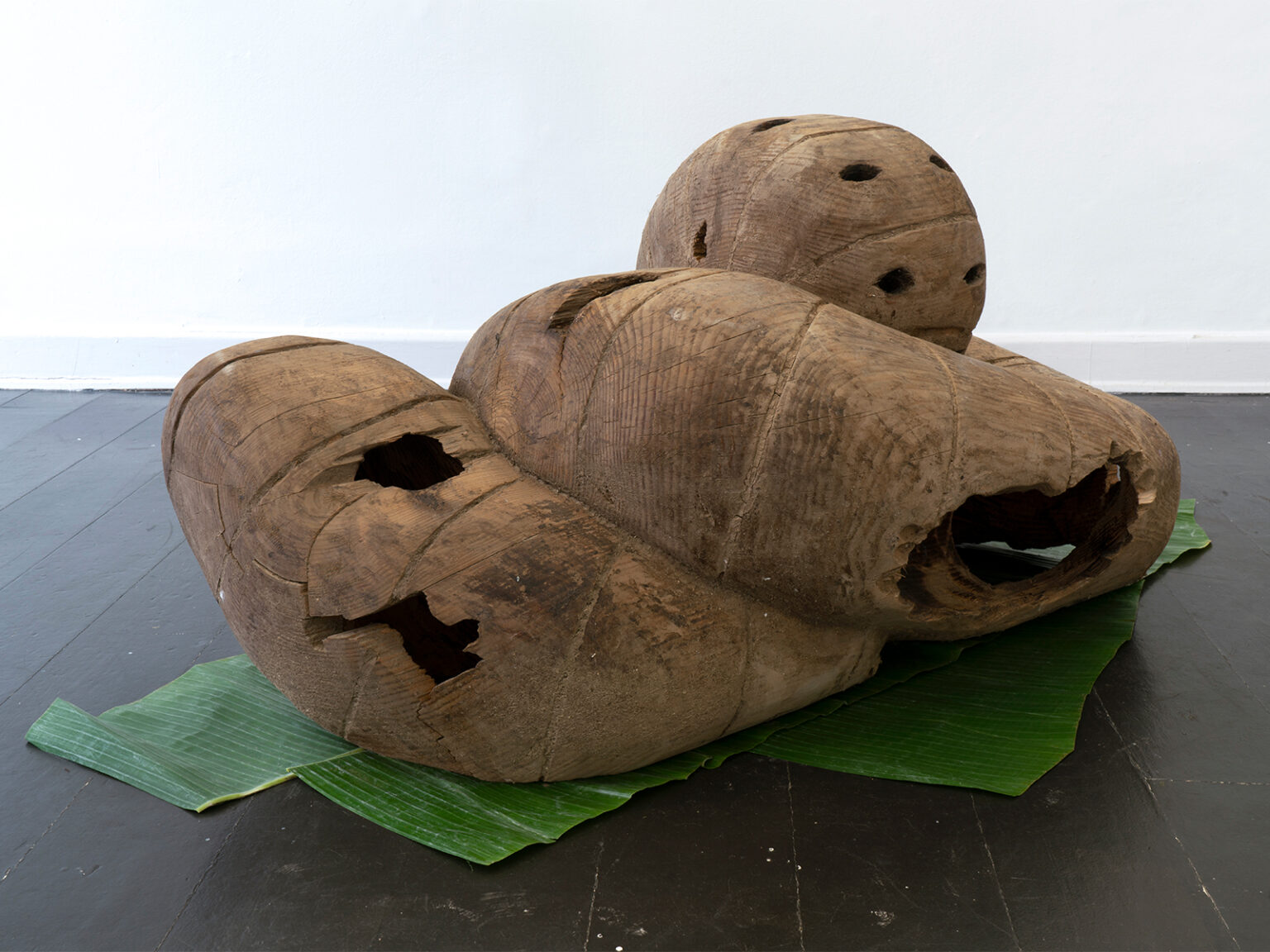 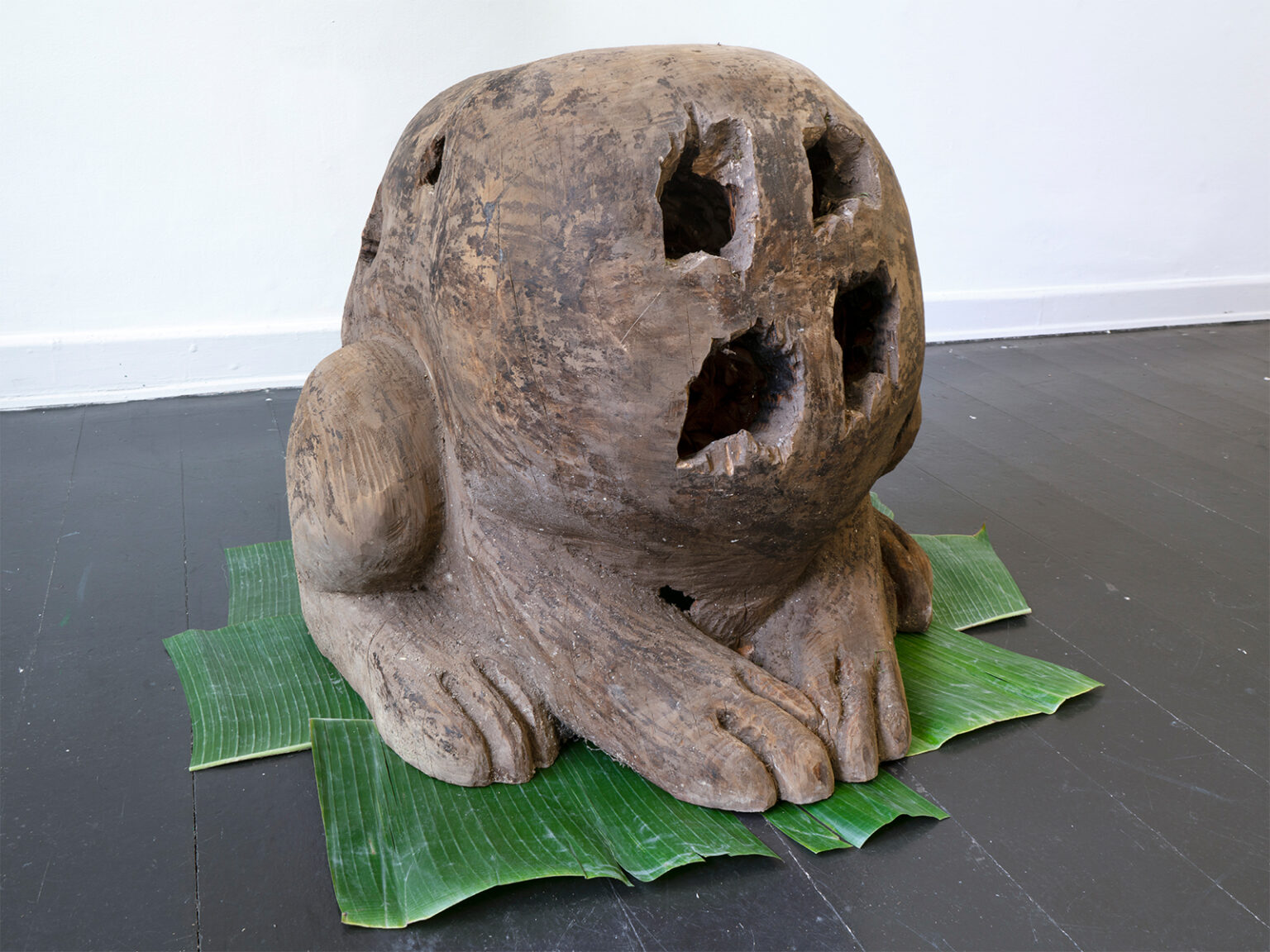 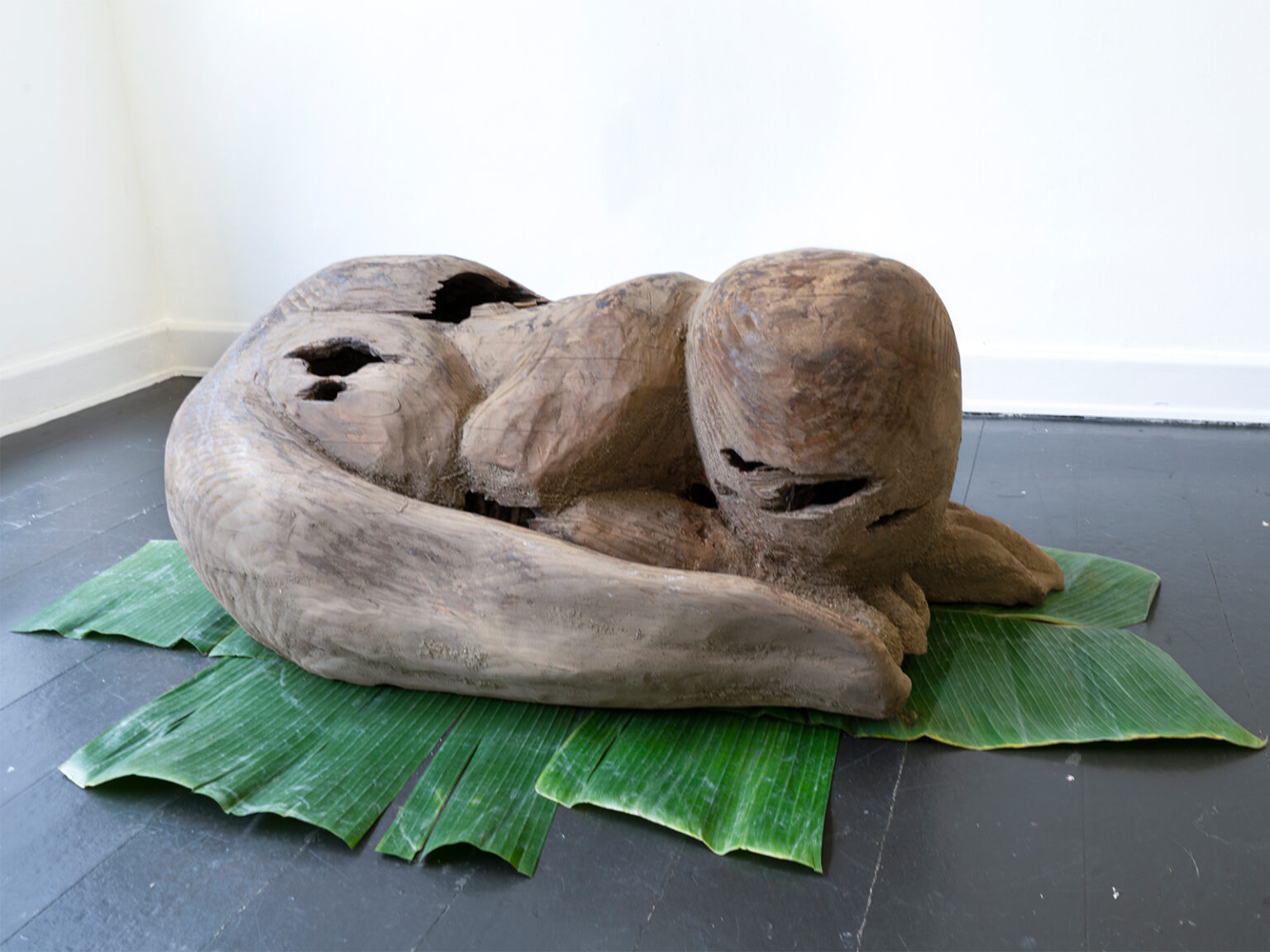 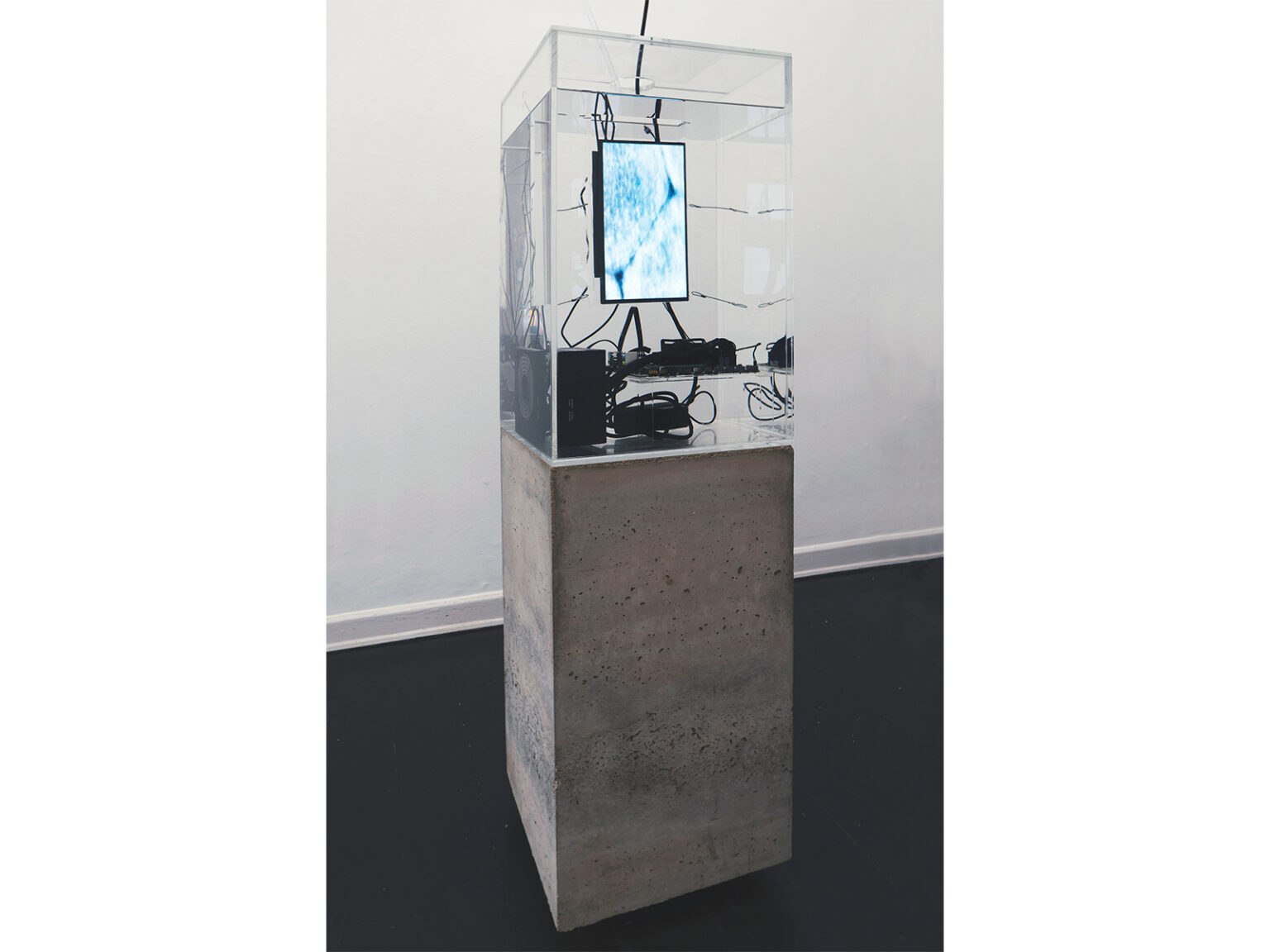 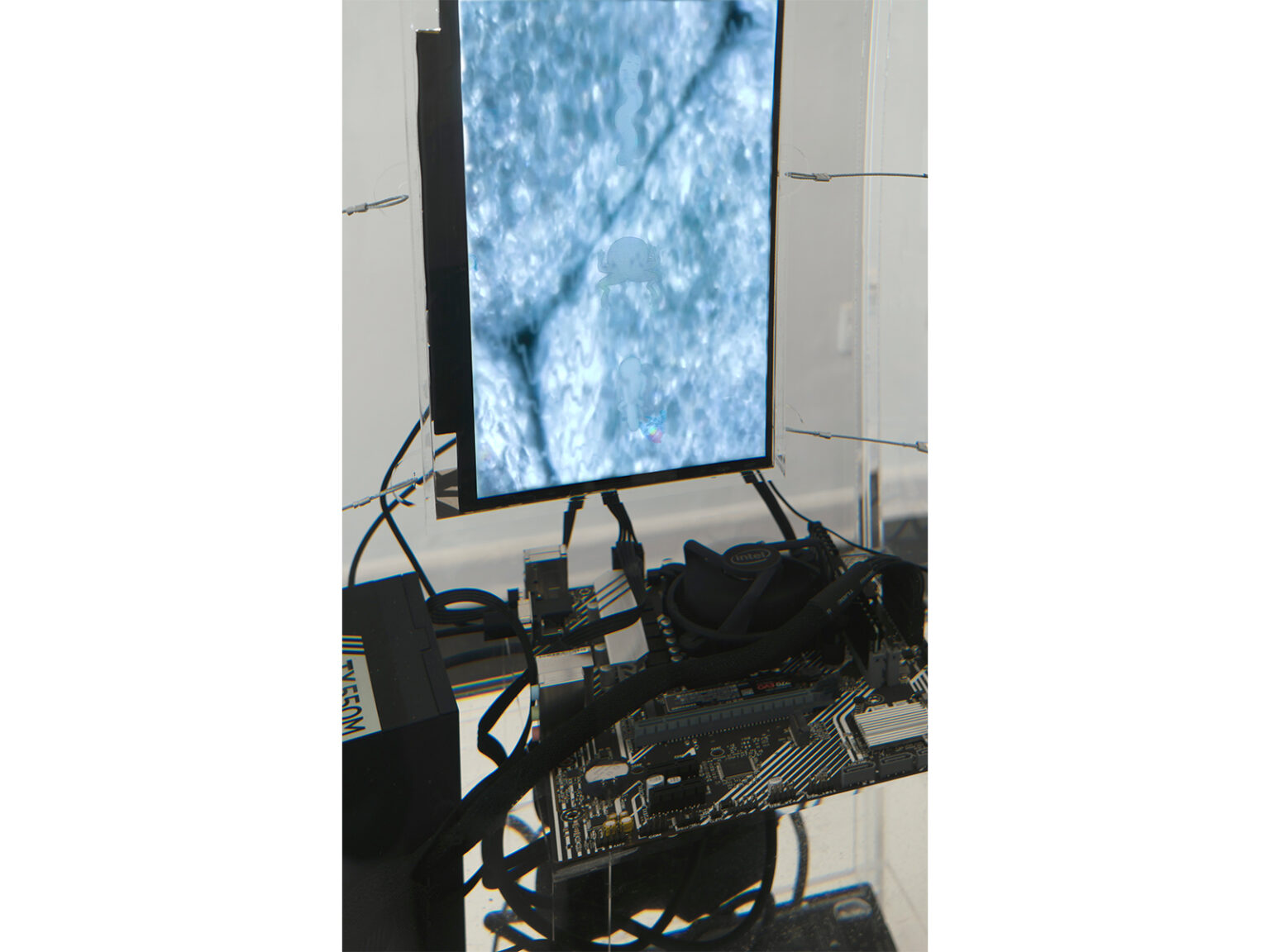 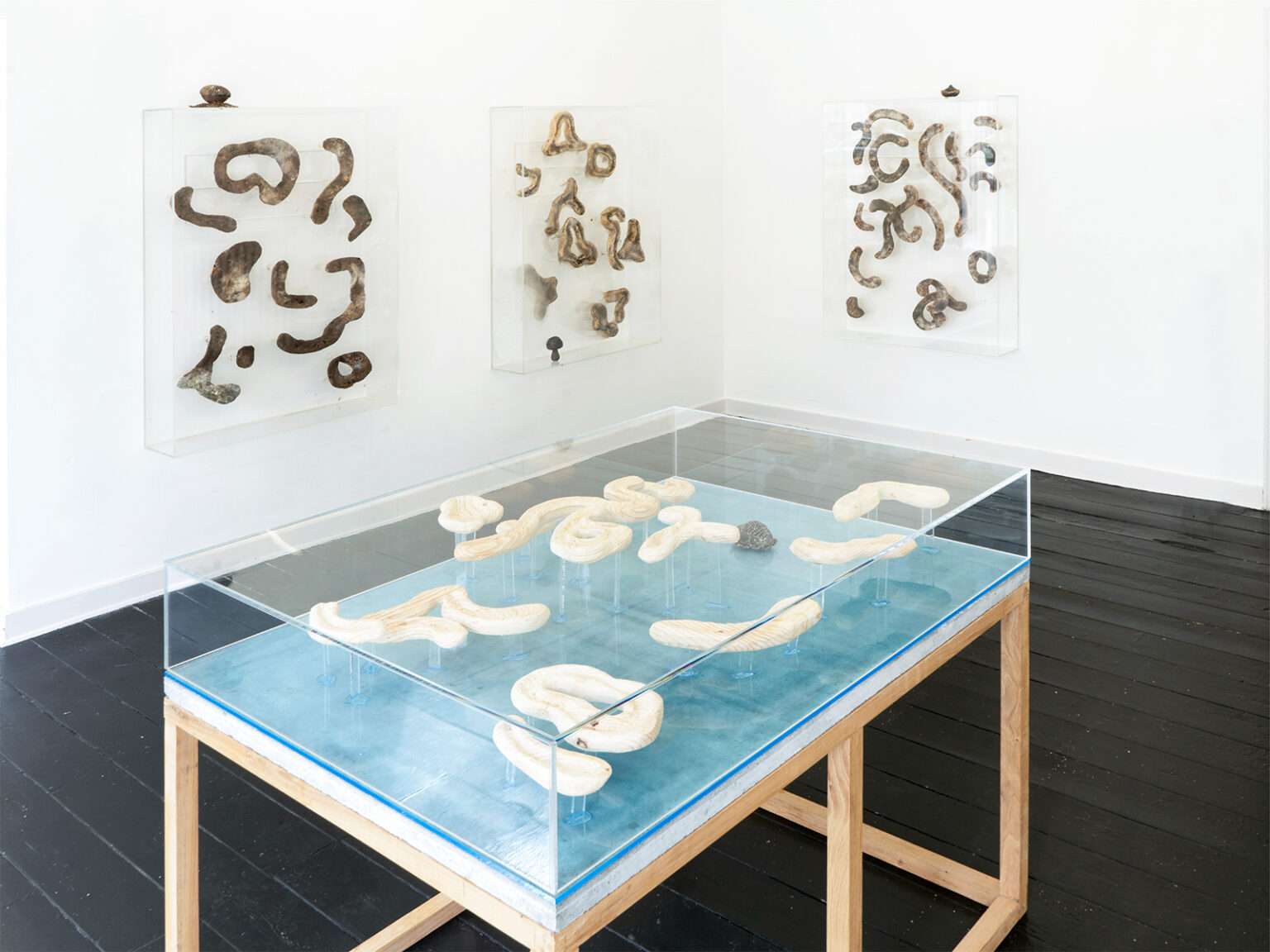 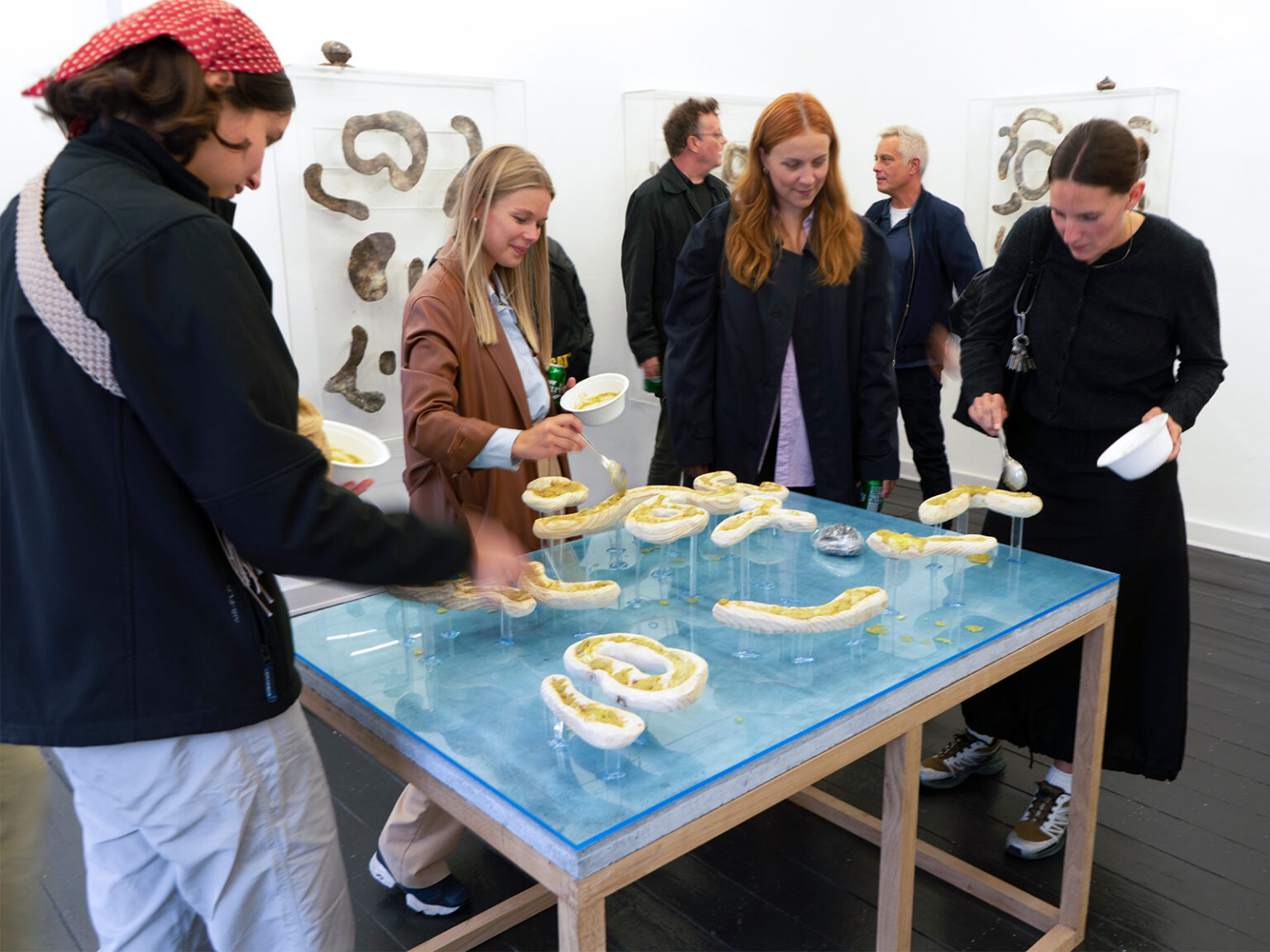 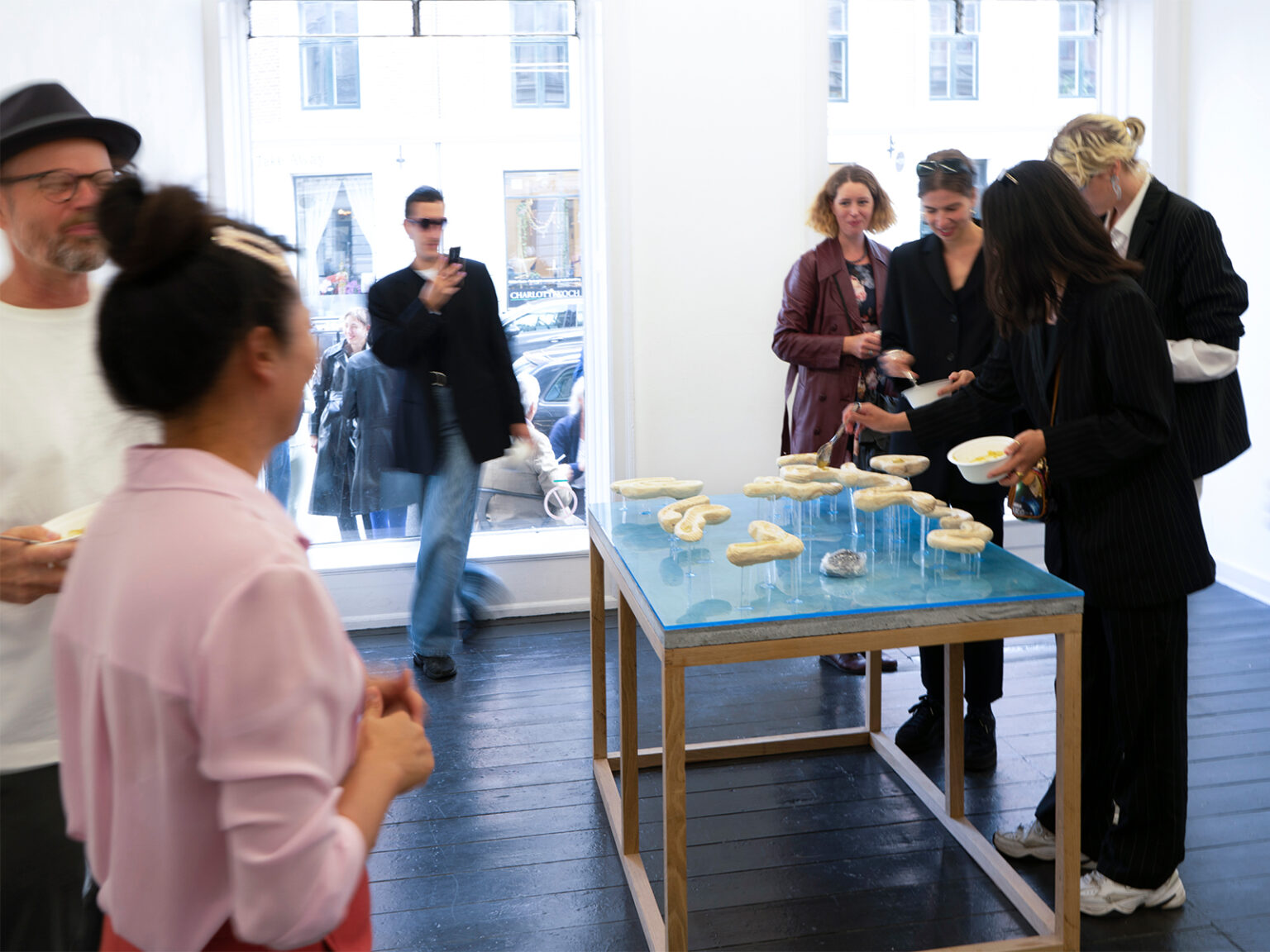 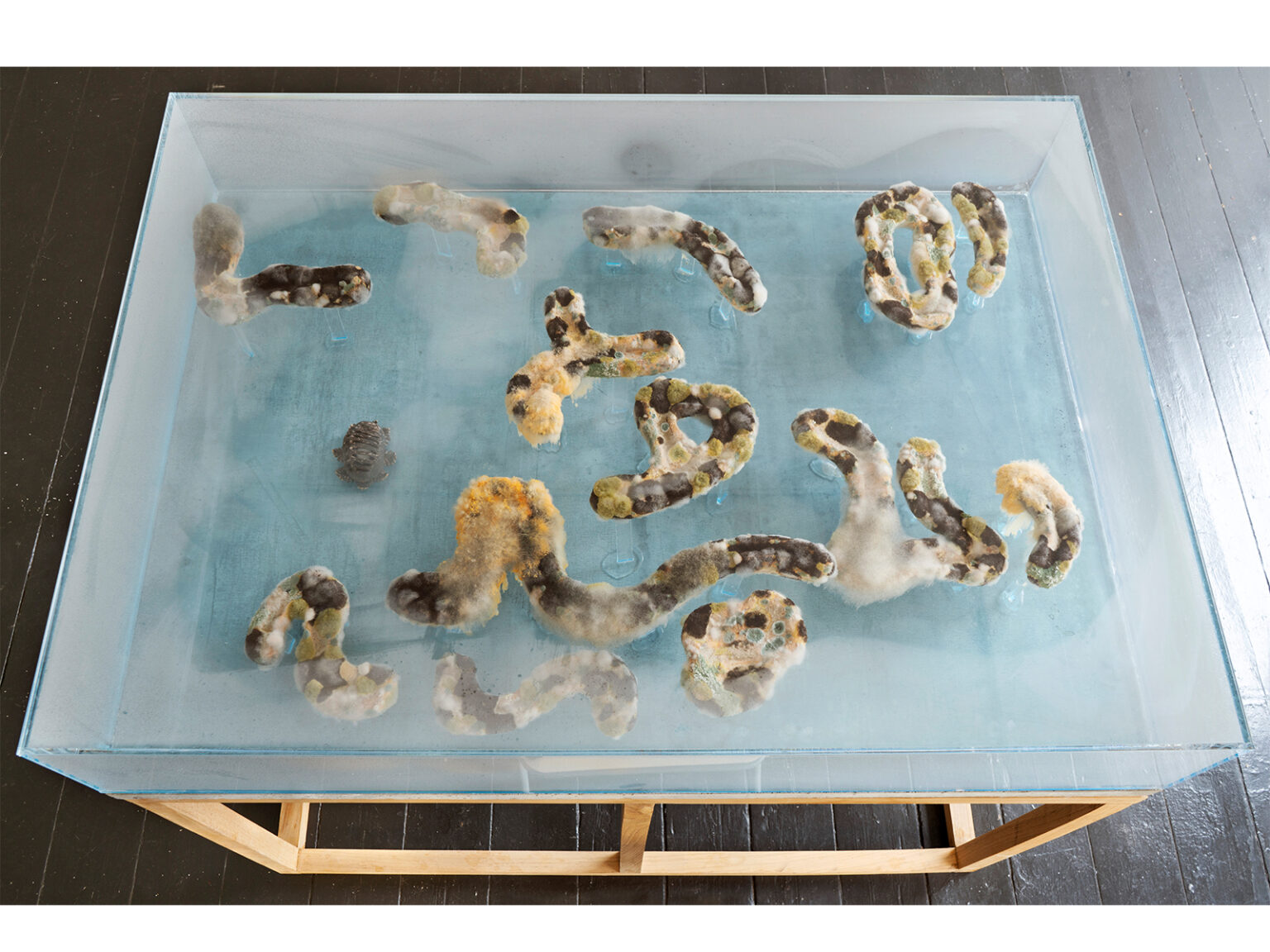 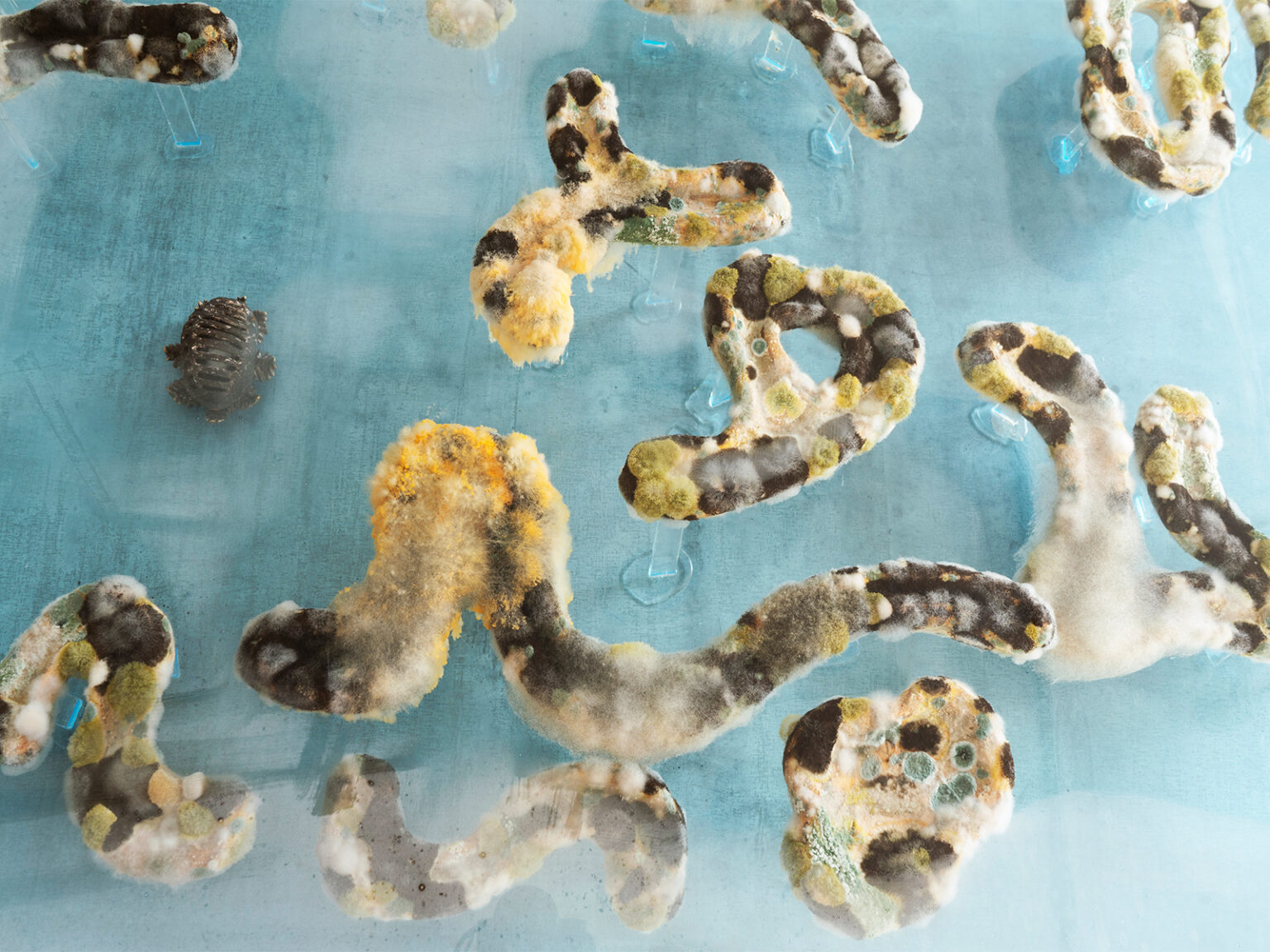 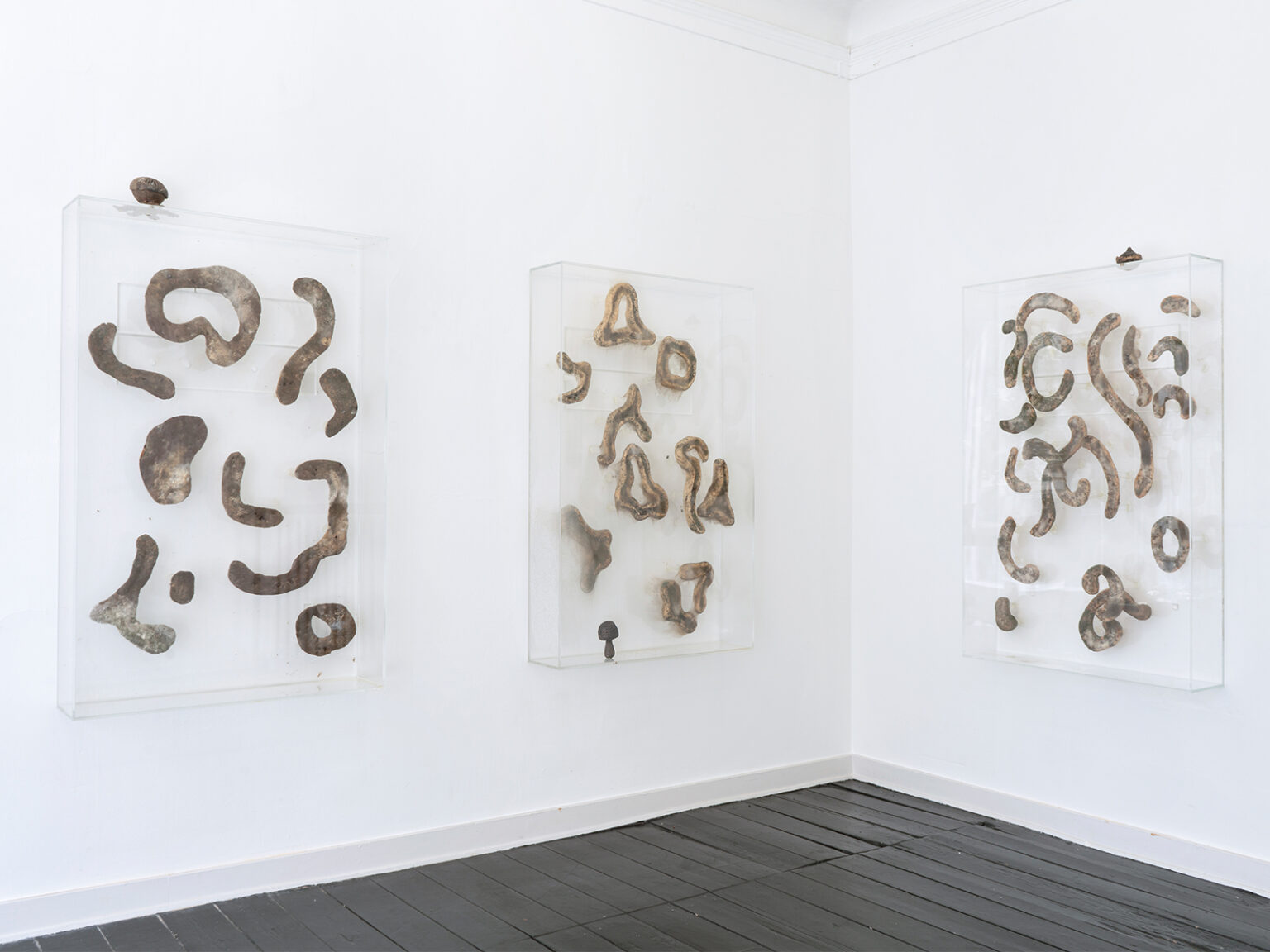 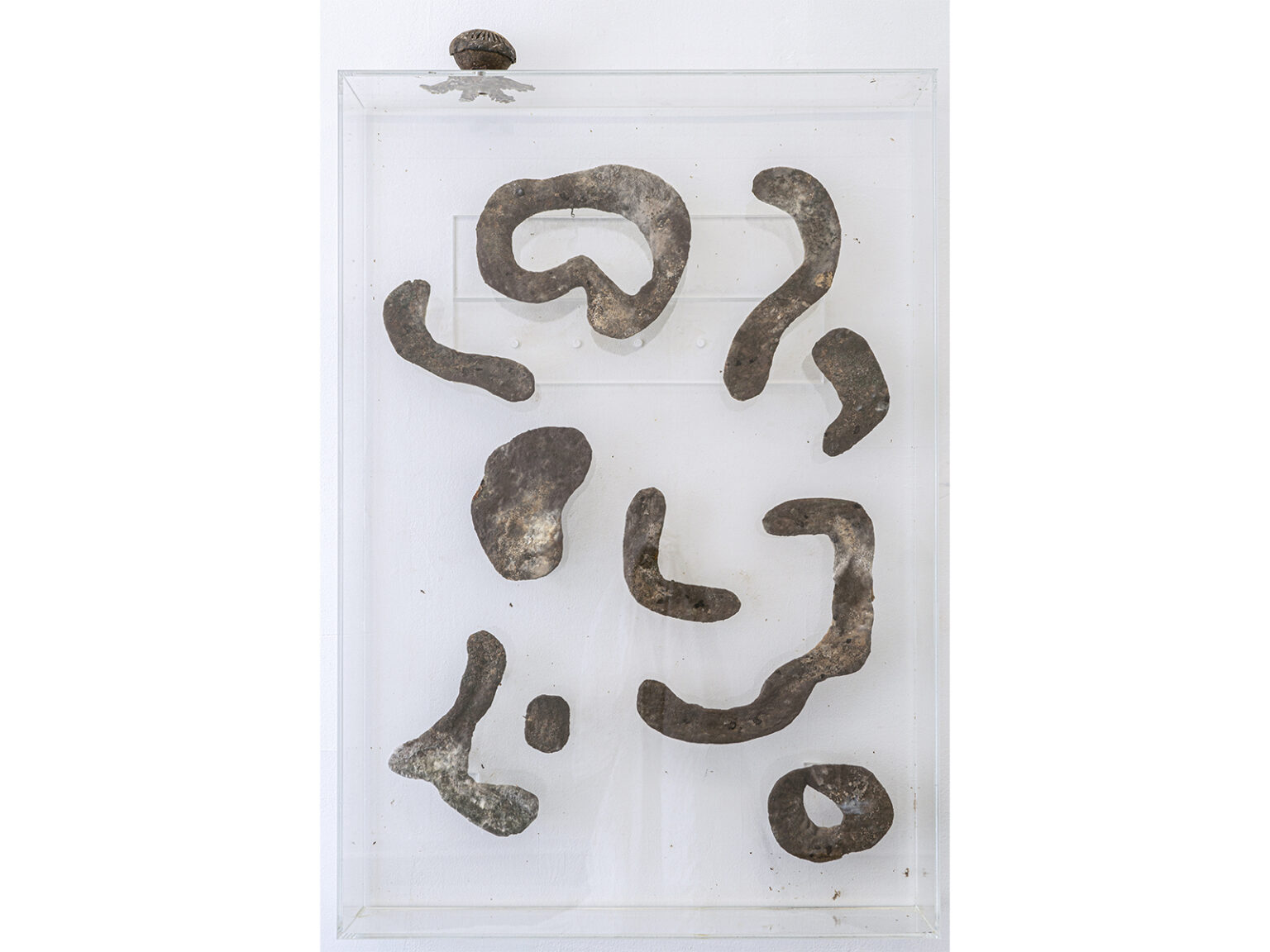 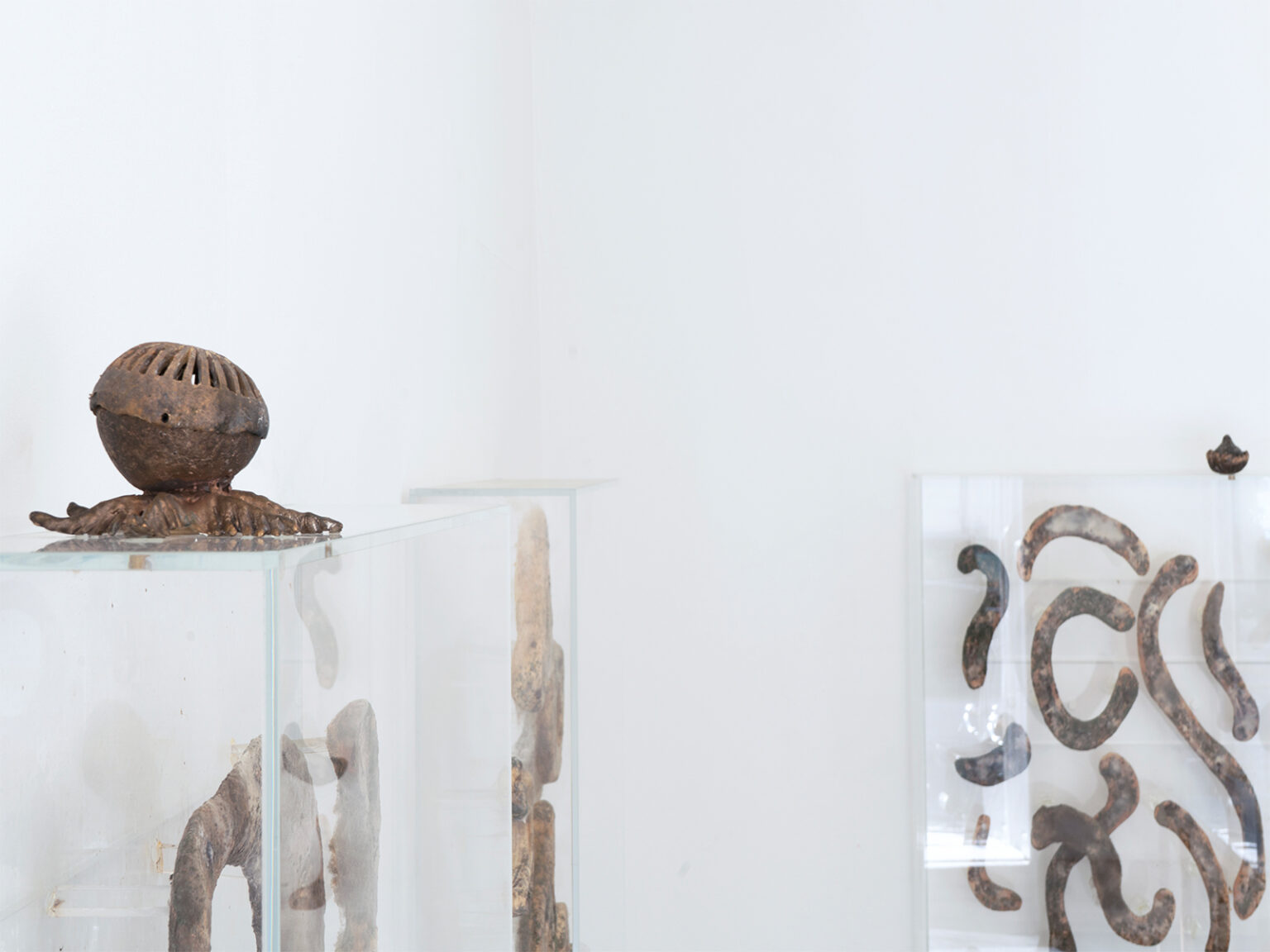 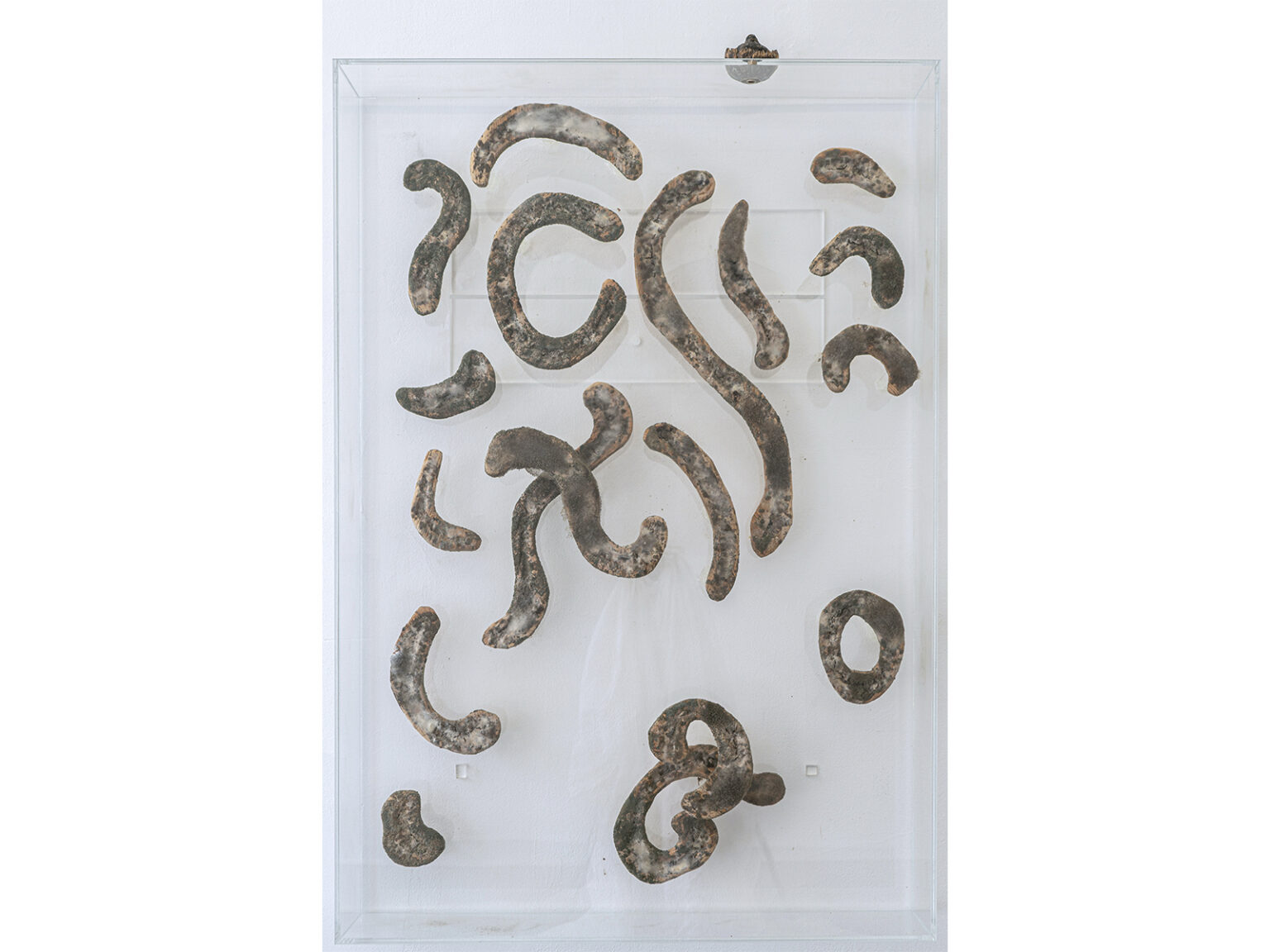 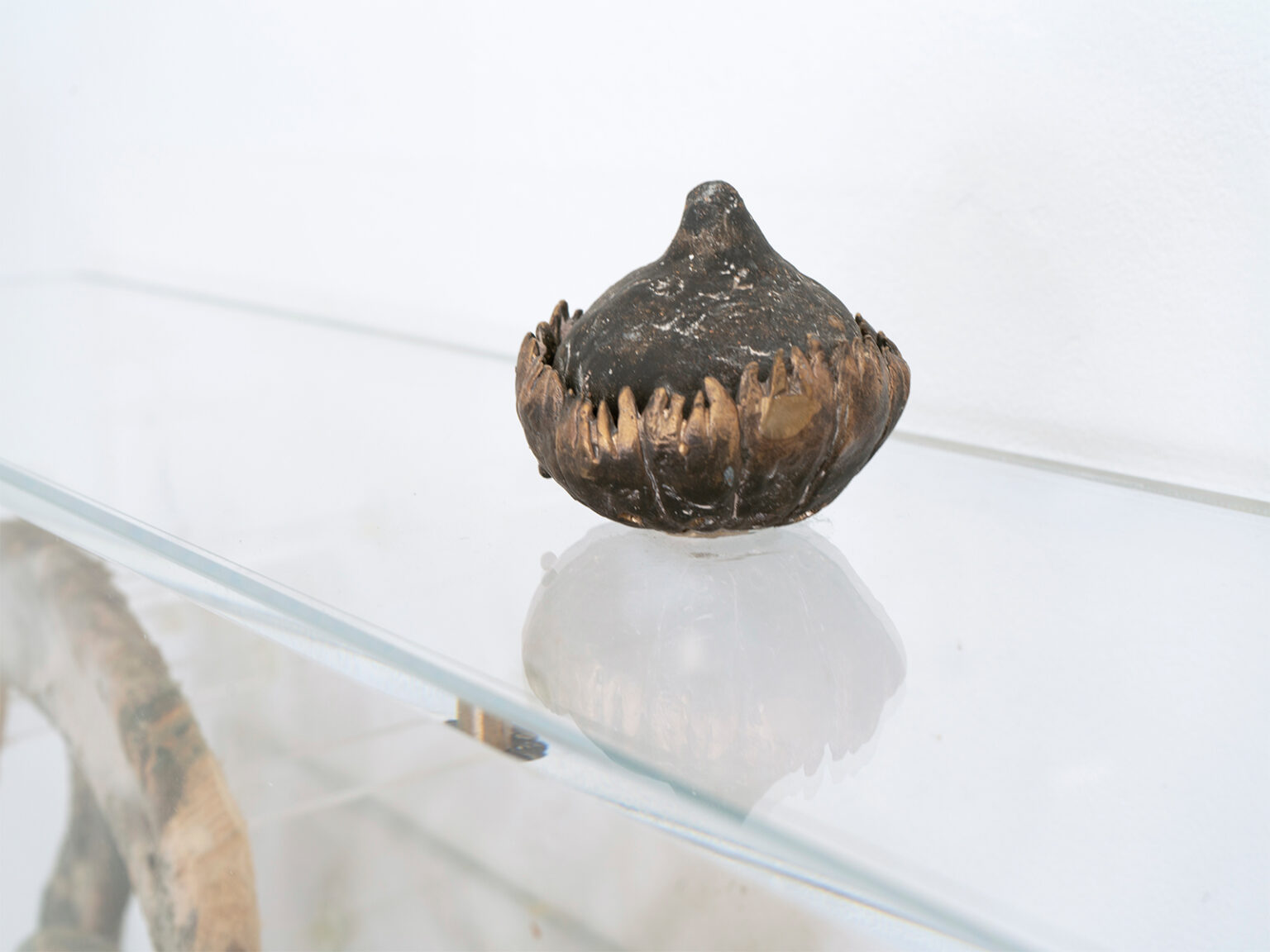 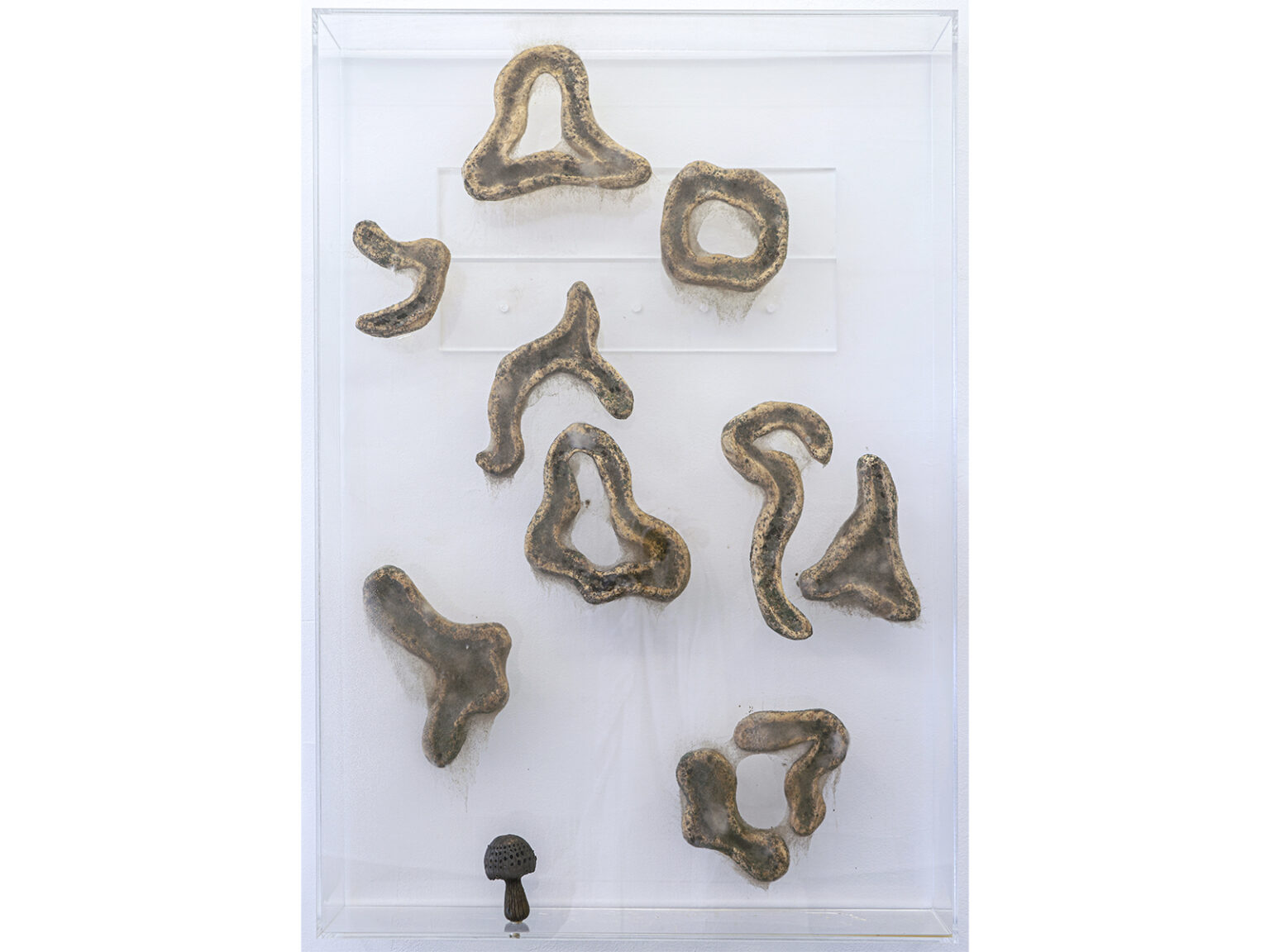 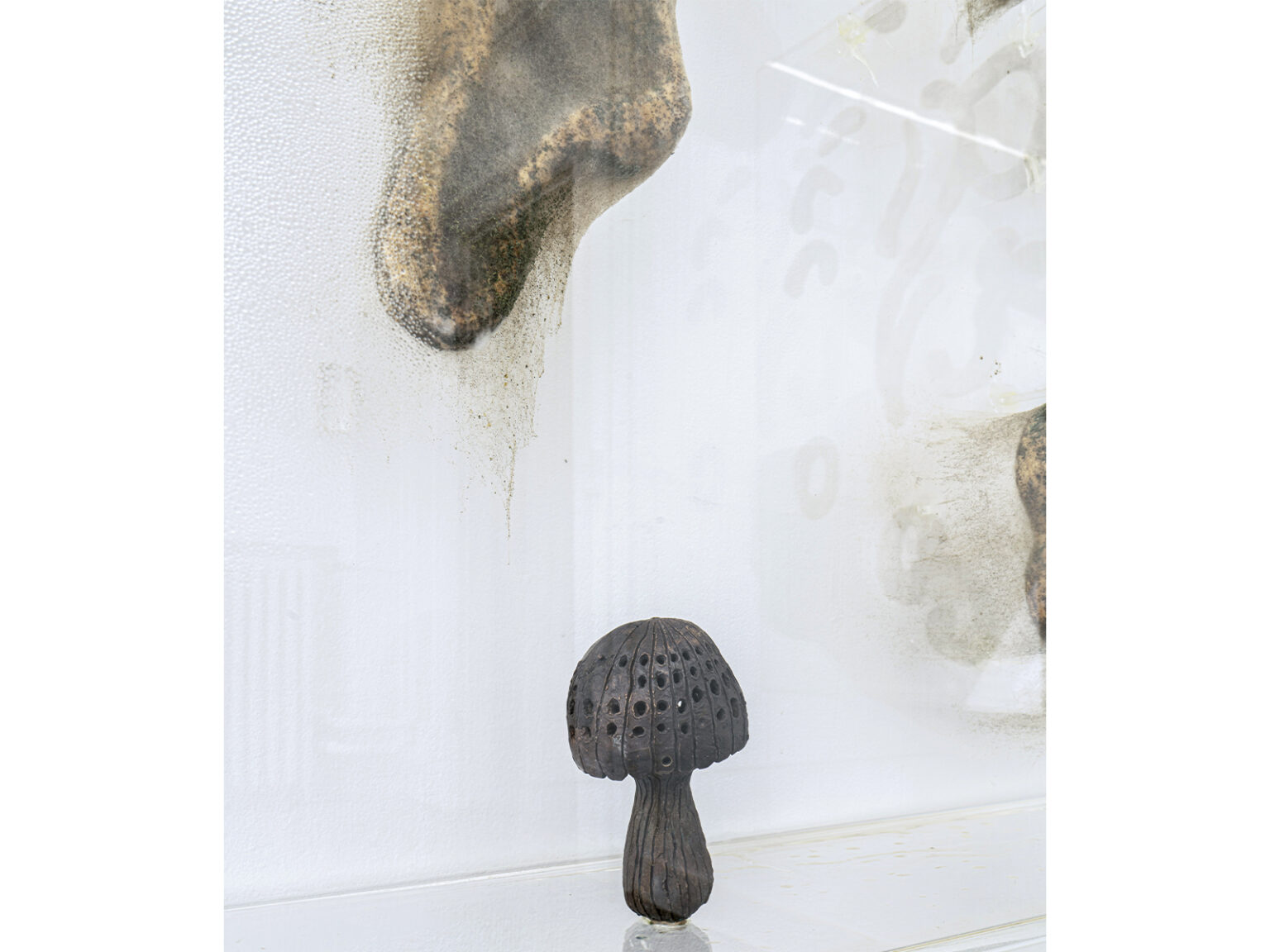