We are pleased to invite you to the exhibition X by four Contemporary Danish artists, organized and presented by Tong Wang and Marie Kirkegaard Gallery at the Chinese European Art Center Xiamen University.

The exhibition is titled X for a multiple purpose. Obviously X is the first letter in Xiamen, but it is also in many ways used as a universal sign or letter; X is for example the sign for crossing roads, and X is describing the unknown factor – and X even marks the spot.

The exhibition features artistic works in various genres and medias, including textile, collage, video, painting, sculpture and installation. A great part of the works are created by the artists in their studios in Denmark prior of the expo in Xiamen. However, essential for the exhibit the artists have had the opportunity given by the Xiamen University Art College to work in the Art Center for three weeks in advance of the opening. This has raised a vibrant approach to be working site specifically creating sculptural elements and spacious interventions inspired by the local atmosphere and its surroundings adding a dynamic relation between the different works in the exhibition.

Each of the four Danish artists are equally in their own style working within an artistic practice upholding an experimenting approach to the material, the form and the space, Thus they are all in a convincing subjectively manner able to provide immediate and interesting artistic interventions out of the available materials based on the changing premises of the surroundings.

SILAS INOUE is born in 1981, and graduated from The Royal Danish Academy of Fine Arts, School of Design in 2010 with studies at Jan Matejki, Academy of Fine Art, Krakow 2008-2009, and at Osaka Seikei University, Japan 2007-2008. Through a diverse artistic practice consisting of drawings, painting, sculpture and large-scale installation, and poetry Silas Inoue’s works mainly evolve around the intangible sides of life, such as dreams, spiritual notions, and neglected phenomena’s – thus it is often a fascination of ”the Other” that influence Inoue’s work. Inoue is adding the use of materials and objects from everyday life to this pictorial universe to dissolve values and meanings, and to identify new ways to understand the structures that surround us. In his works at X he examines the properties of traces. In his abstract paper works he transfers acrylic paint from covering plastic to paper, this method resonates with his sculptural works, which in a subtle way deals with the exchange of cultural properties.

ANDERS BRINCH is born in 1971, and graduated from The Royal Danish Academy of Fine Arts, School of Visual Arts in 2007. With a focal point in the painting Anders Brinch is working in an otherwise fairly complex space with many diversions to other media such as sculpture, video, drawing, graphics, and many of these media gathered in a large installation. This way of working can act immediately confusing, but it also gives a super-dynamic and comprehensive approach to the visual arts, where it is natural not to distinguish between the different media and materials. And most importantly to try to maintain an open-minded and anti-hierarchical approach to the arts. The aesthetics that seems to be exported as a common thread in his practice regardless of the medium is executed with an expressive haste and energy that constantly creates new openings which overlap and reach out for the next.

As the youngest artist of the four, JOHANNE SKOVBO LASGAARD is born 1985, and has recently in 2013 graduated from The Royal Danish Academy of Fine Arts, School of Visual Arts. Johanne Skovbo Lasgaard represents a new sensitive focus on the material and the object. Thus the presentation of her is as gestures in space that you step into to feel yourself among the different material – transparent, soft, opaque, fragile and hard. She is working through a registry of physical experience that maintains constancy in the work process. Like the different meanings of words in a sentence, the materiality of her works forms a language of isolated beats. The materiality is evolving as fragile and porous surfaces in ever-changing process. Skovbo Lasgaard often reuses her works n new contexts and constellations to find new solutions to liquefy their potential as a recurrent concerns. An imprint is often repeated as unconscious rhythm in the process and the capture of time, which lies in the works of paper and the sculptures. Sometimes a story is told. Other times the story is detailed studies of the presence and its materiality.

METTE VANGSGAARD is born in 1968, graduated from the Royal Danish Academy of Fine Arts, School of Visual Arts in 1996, and was awarded in 2011 with the 3-Year Working Grant from the Danish Arts Council. By staging situations of almost surreal nature, Mette Vangsgaard brings new perspectives on our surroundings and infuses the apparent humorous depictions of modern life pinpointing both personal and political issues. We get a revealing glimpse of human activities and interaction in both social communal spaces and in private arenas. A fundamental theme in her work is to explore environments and spaces putting the human nature and its frequently peculiar proclivities under a kind of anthropological lens telling the story of the modern urbanized individual as a lonesome, romantic wanderer. Vangsgaard displays a painter´s sensibility towards colors and texture. Her collages feature painted passages alongside cuttings from a variety of magazines, record sleeves, wallpaper swatches, photocopied elements and fabric. She stretches the potentials of her materials to the limit, with her use of gouache ranging from the gauziest transparent brushstroke to the vibrant density of color saturation, and the surfaces and structures clearly reveal that we are dealing with a materials fetishist. 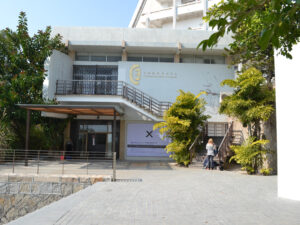 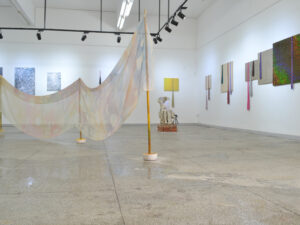 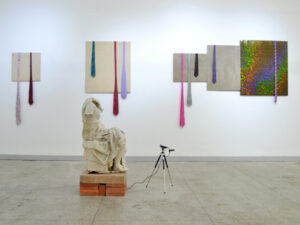 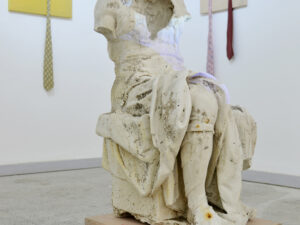 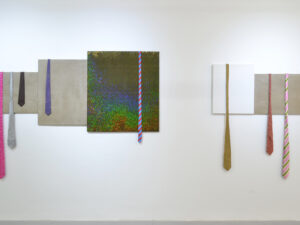 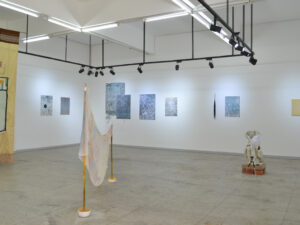 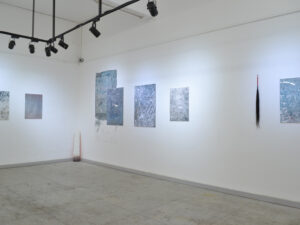 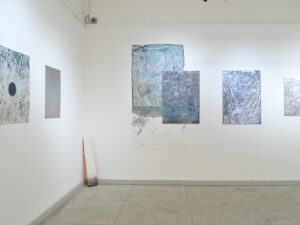 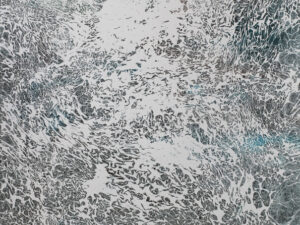 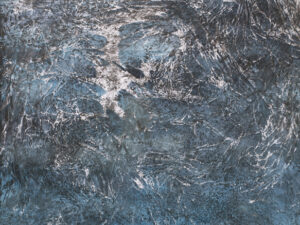 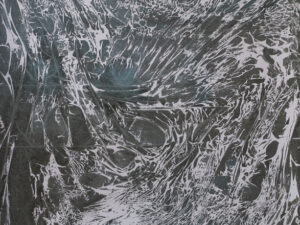 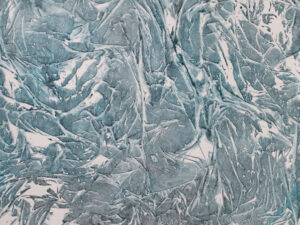 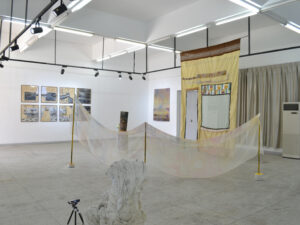 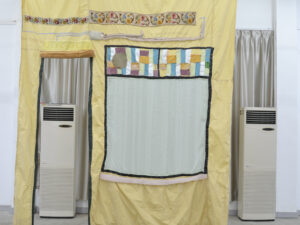 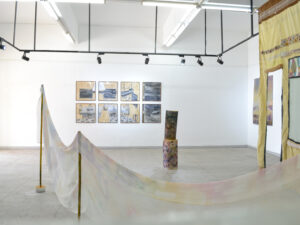 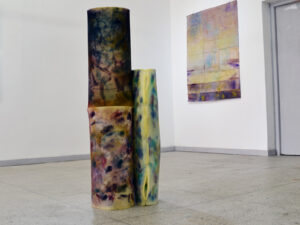 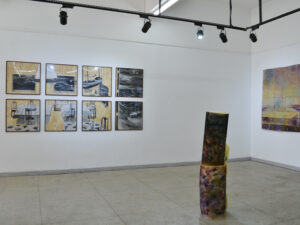 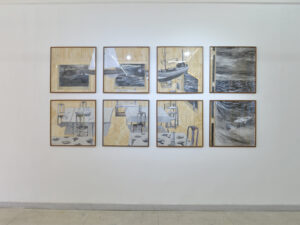 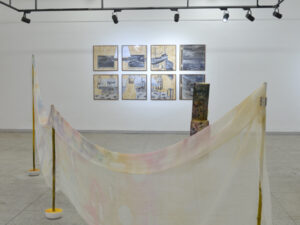 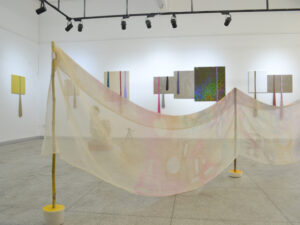