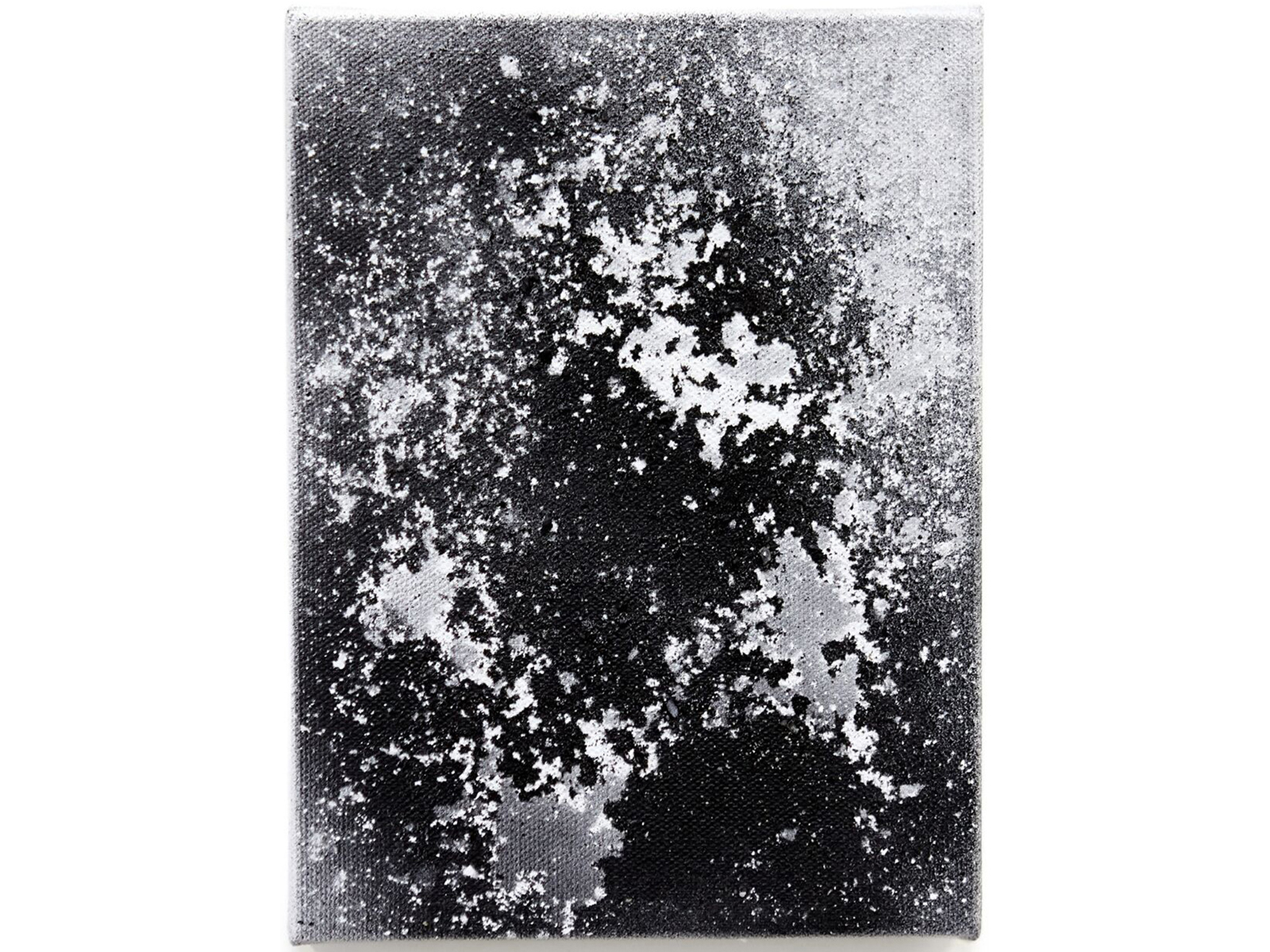 Signed and dated by the artist on verso

Alessandro Moroder (b. 1989) lives and works in Los Angeles, California.

In his artistic practice Moroder investigates disparate themes such as time, chance, and materiality by creating and confronting a new discourse of memory through nature and personal history. In his Dirt Painting series, Moroder examines his performative mark-making processes wherein the works operate as a non-figurative representation of the body and its’ traces. These monochrome works function both as a recording of a performance and the act of labour and manipulation of materiality.

The performative elements are documented in the stains and markings of the soil as cotton fabric are buried in its immediate surroundings of dirt to create a site-specific index of time. The excess debris and enamel paint is then striped away to discover a new vernacular of subtraction, each impression cataloguing the process in a study of nature, chance, and gesture.