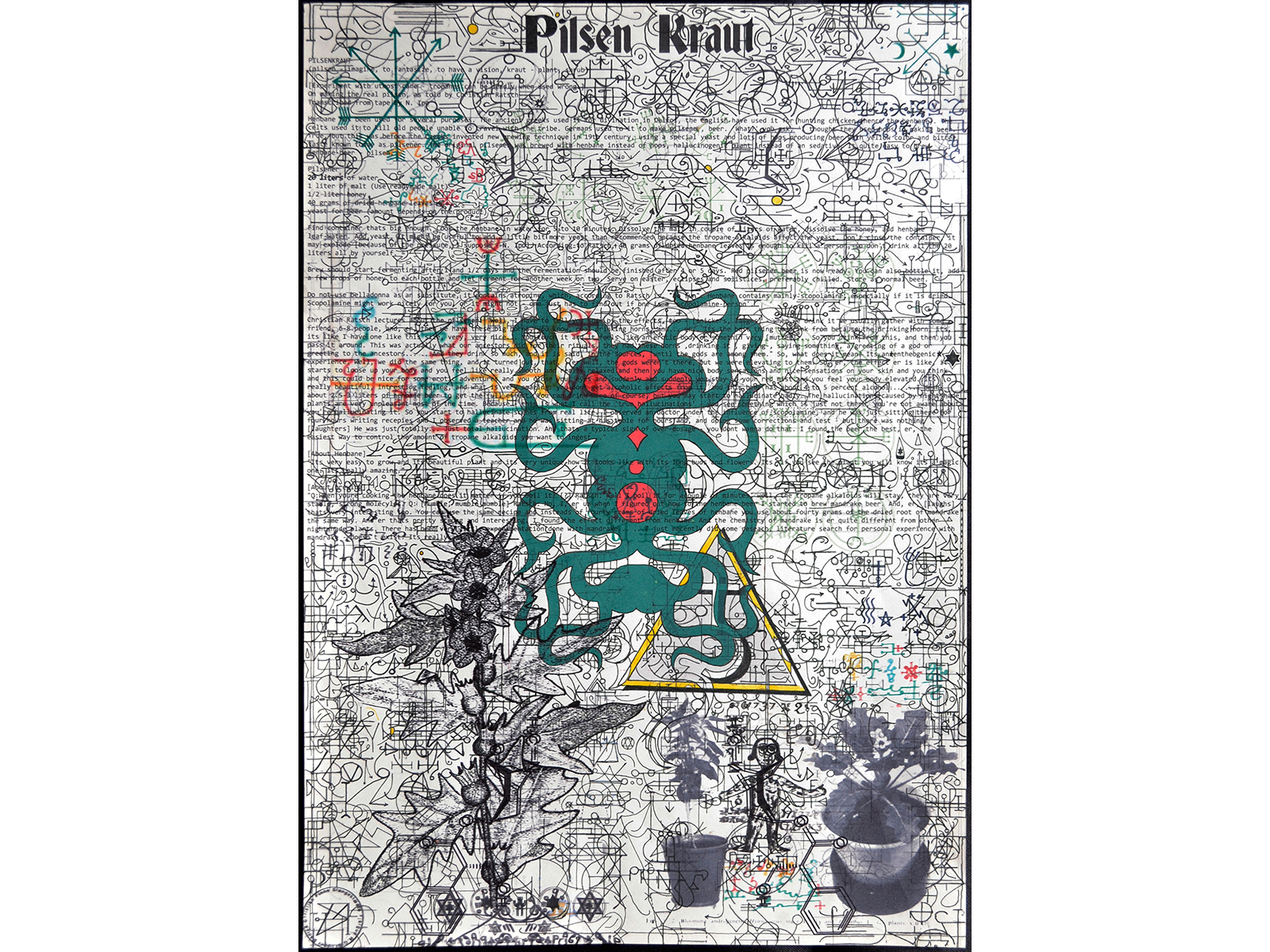 Ink on collaged print on paper