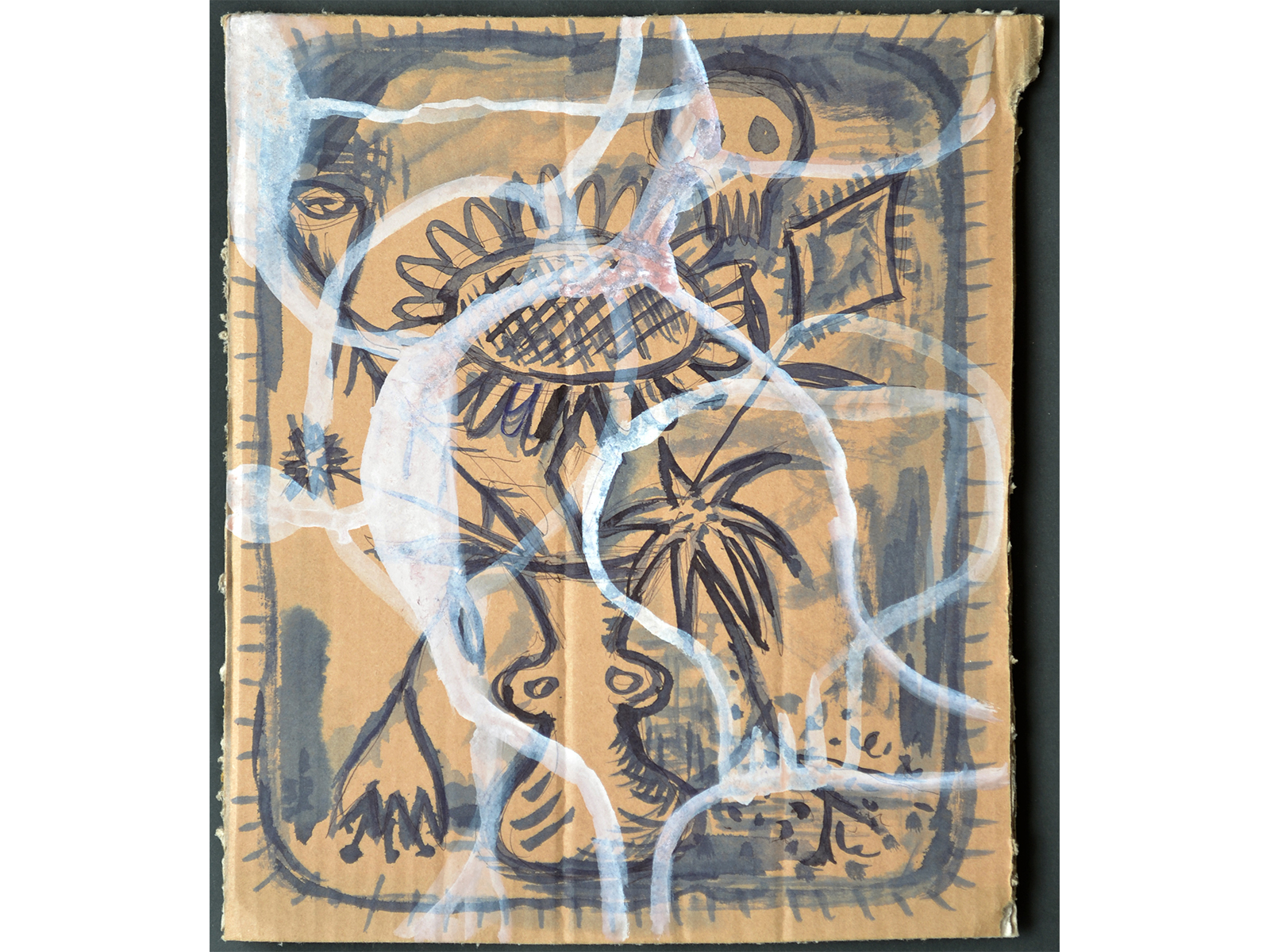 Acrylic and marker on cardboard

Acrylic and marker on cardboard

Signed and dated by the artist bottom left