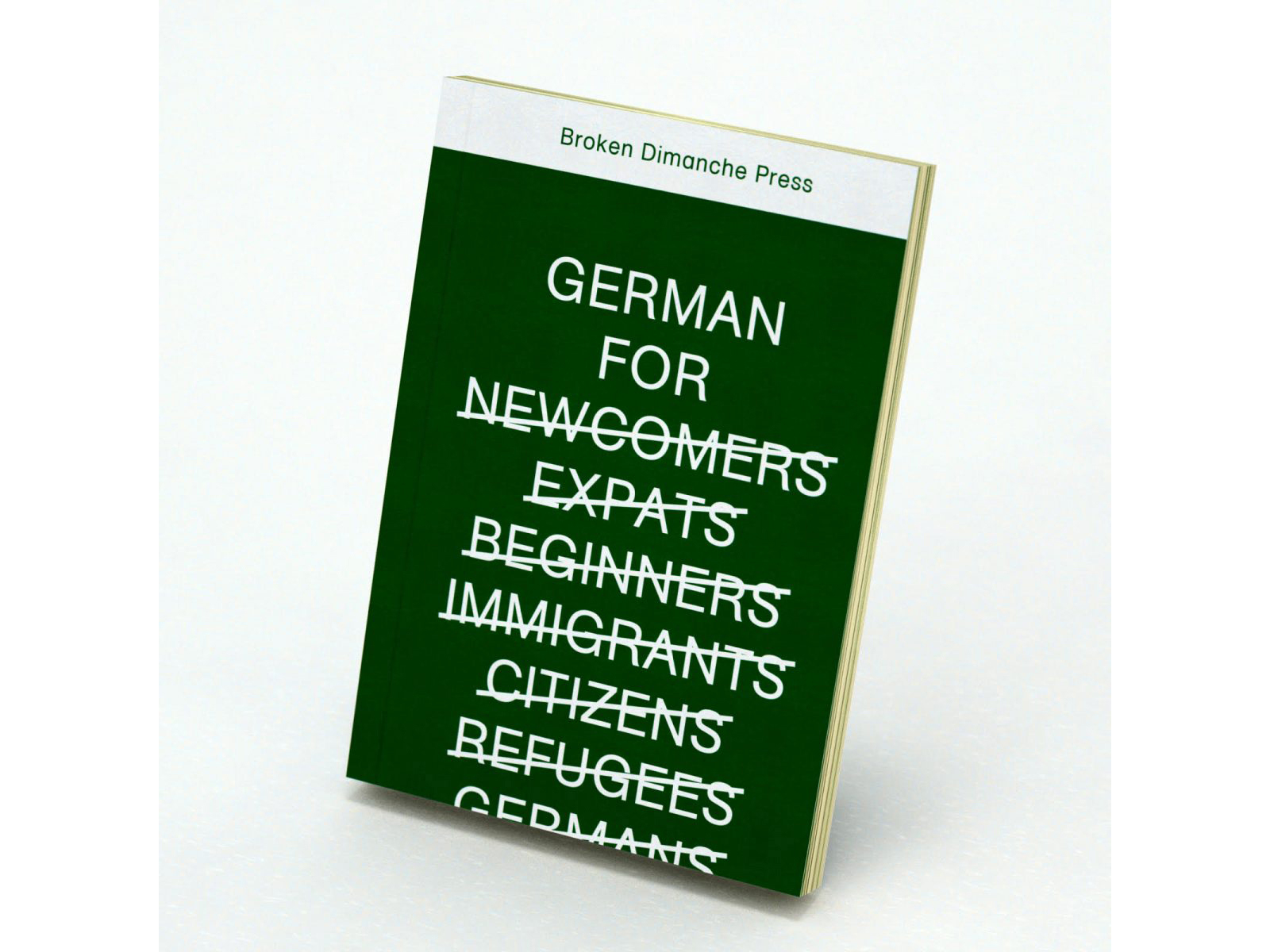 German for Newcomers is an alternative language course and teaching book made for newcomers in German-speaking countries and a related film series – both conceived as an art project and a teaching concept. Here expats, immigrants, and refugees improve their basic German language skills by collectively writing useful teaching material for themselves and others, inspired by their experiences with German culture, bureaucracy, and language.

“When we have to verbalize what we have learned and give concrete instructions, we reach a better understanding than we had before. When we teach, we move from being objects of someone else’s grammar rules or laws to becoming ‘subjects’ of our own.”
In German for Newcomers, the artist has gathered many of these experiences in a concept for teaching newcomers (expats, migrants) the German language. Based on their information needs and in collaboration with the students, she has gathered the relevant content and language examples for another teaching book, German for Newcomers (2016), as well as a film series of self-written scenes, where the students enact the German language.

German for Newcomers differs from the traditional language classes in the way that the role of student and teacher are shifted. The student is the one who develops the content of the classes and an attitude towards the German language, whereas the teacher ends up in a less authoritarian position.

Here a quote by a student from the teaching book:

“When Germans are very insecure or they don’t know something, they answer only with ä, ö or ü. There is an ’umlaut’, because the Germans are always serious. The ’umlaut’ makes the language more serious.”
Excerpt from German for Newcomers, 2016

Imagine language classes in which people from all around the world bend the laws of German grammar, coming up with their own explanations for it and making fun of the authority that language demands from its speakers! Or a class where first of all attitude is requested and the peak of learning is when the teacher makes a mistake?

Stine Marie Jacobsen (b. 1977, Denmark), is a conceptual artist working to decode individual and collective violence through participatory means.

Focusing on language, gender and psychology, she uses film as a starting point to create performative experiments and platforms for new ways of looking at ethics, identity, fear and trust. She lives and works in Copenhagen and Berlin, graduated from the Royal Danish Academy of Fine Arts with an MFA and a BFA from CalArts, the California Institute of the Arts, Los Angeles, USA.