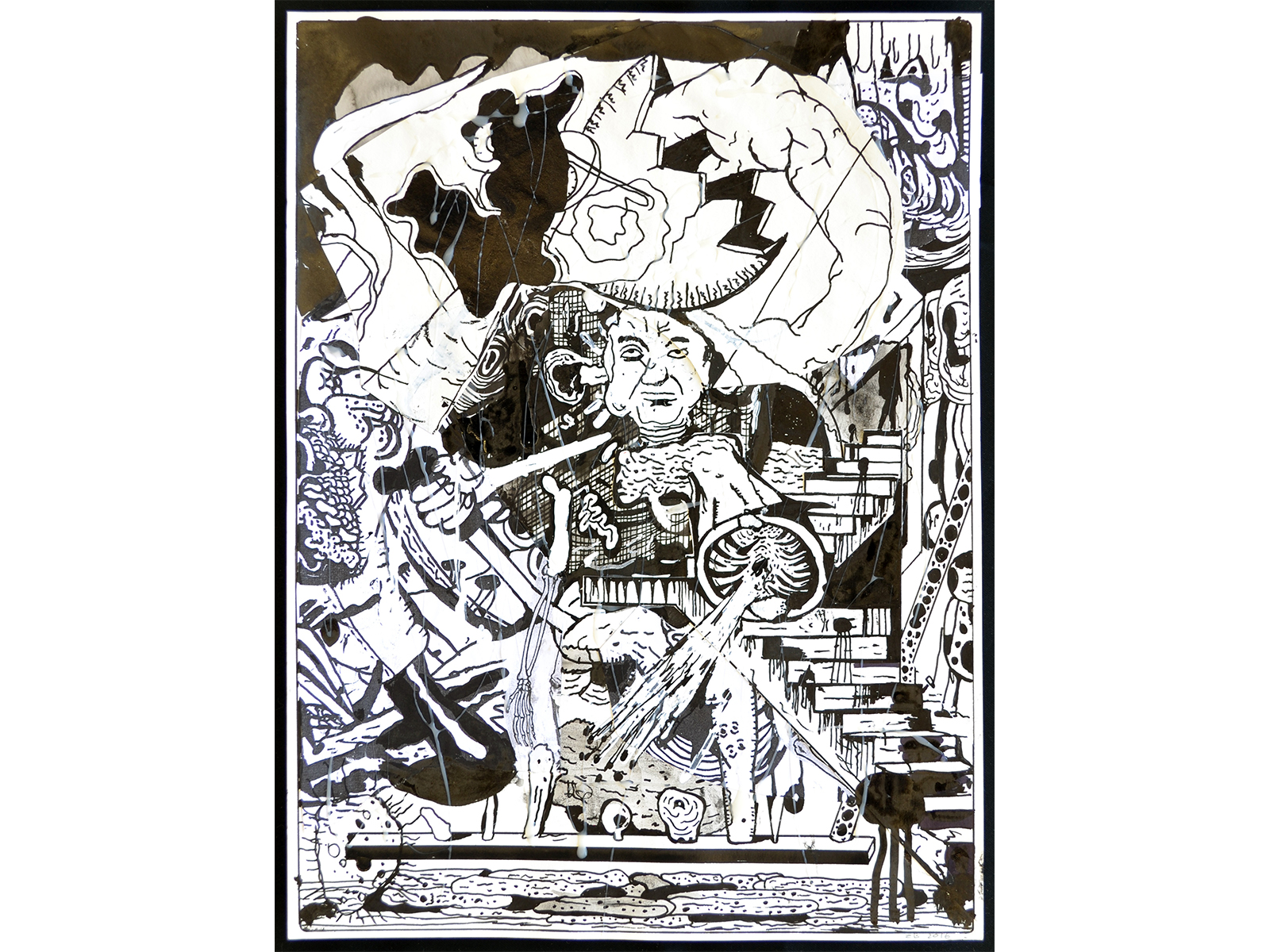 Collage, pen and whiteout on paper