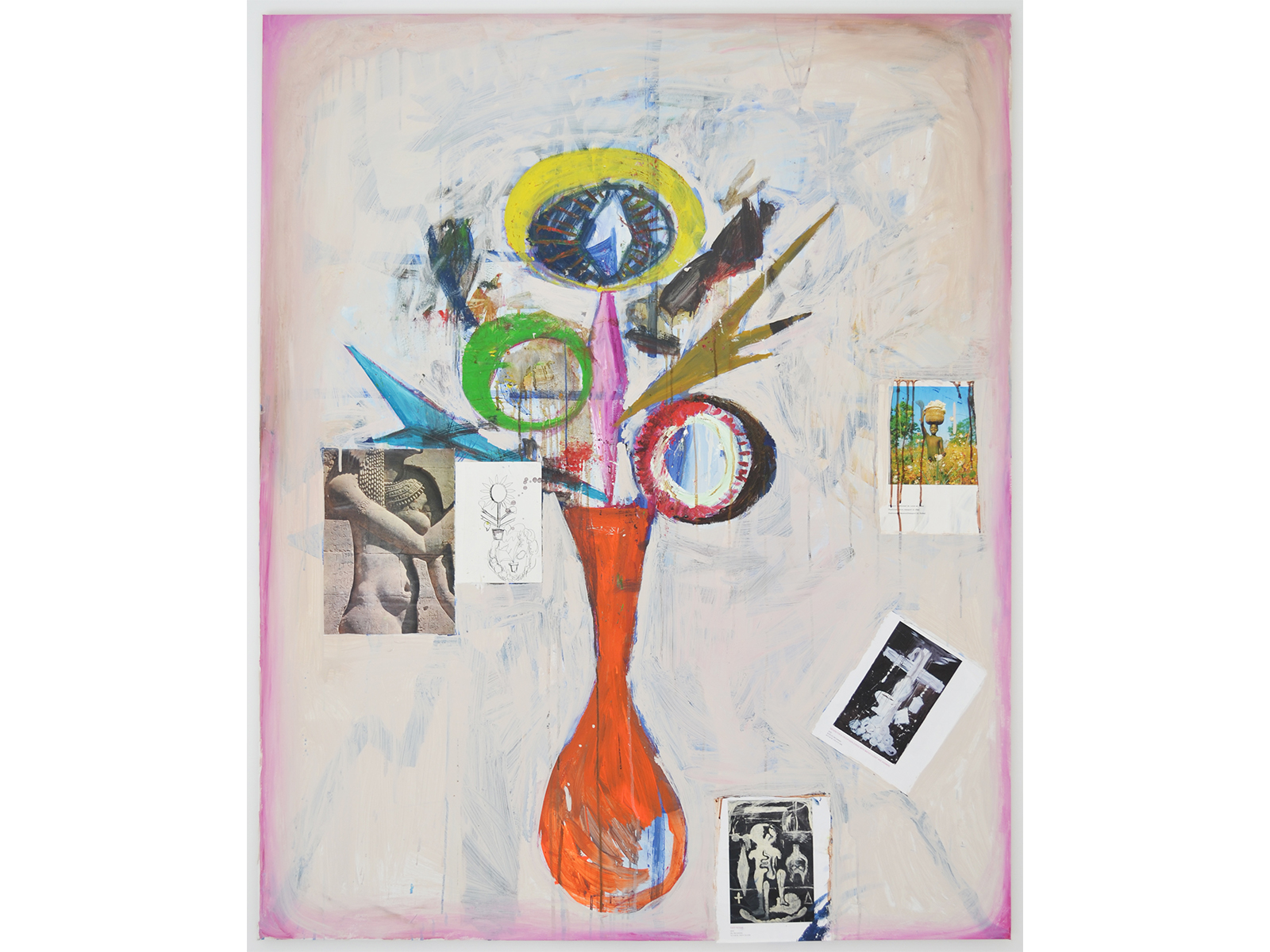 An attempt at creating a memorial to a still life painting with collages taken from books in the discount bin or a faked nostalgia for the Age of Exploration, 2013

Oil and collage on canvas

An attempt at creating a memorial to a still life painting with collages taken from books in the discount bin or a faked nostalgia for the Age of Exploration, 2013